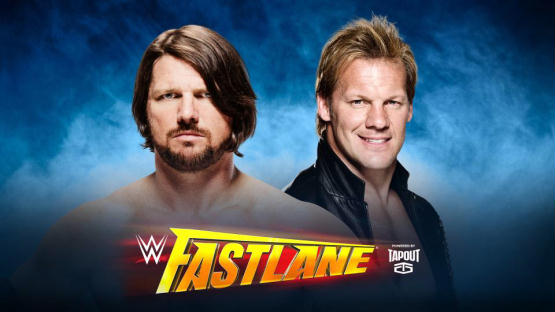 During a recent Twitch session, WWE Superstar AJ Styles spoke on a variety of topics, including former UFC champion Daniel Cormier possibly shifting to WWE, his WrestleMania match against Chris Jericho, and more. Below are some highlights (h/t WrestlingInc.com).

AJ Styles on Daniel Cormier possibly making a move to WWE: “I think that obviously he’s an amazing fighter, right? I like him. I think he’s an amazing commentator, and obviously as good of a commentator as he is, he’s an even better fighter. But I don’t know, I mean, you still have to learn how to wrestle. Do I believe he would be able to do something like that? Yeah! But is he going to want to put in that extra time? I don’t know, you’ve really got to put some effort into it. I know Ronda learned fast, but she learned from the very best. I guess the same thing can be said about Daniel.”

On his WrestleMania debut against Chris Jericho: “Love the guy, I love Chris Jericho. He is an awesome dude. He did me a huge favor wrestling me at WrestleMania, my first ever. And was I nervous? You’ve got to think, my first WrestleMania was my first-ever, like, it was 101,000 people. So yeah, I was a little nervous, but the great thing about that is that once you get to the ring and that bell rings, it’s just you, and him, and the referee doing what you do. And I’m doing it at the highest level, WrestleMania, and it was awesome. Man, unbelievable; I was super nervous but all of that was gone by the time it was over.”

On his WrestleMania 33 match against Shane McMahon: “I love the fact that Shane McMahon is a perfectionist. Like, everything needs to be perfect, and I love that about him. He’s a great dude, good friend of mine, and I cannot say enough good things about him. But you know, that match, everybody overlooked this match because Shane was in the match. Like, oh, it’s going to be alright, and it turned out to be an awesome, unbelievable match at WrestleMania. It happened with Shane McMahon. Man, I love working with Shane McMahon. That match right there proves how good he can be when given the opportunity, and he killed it.”