Melina Discusses If She’d Go Back to WWE 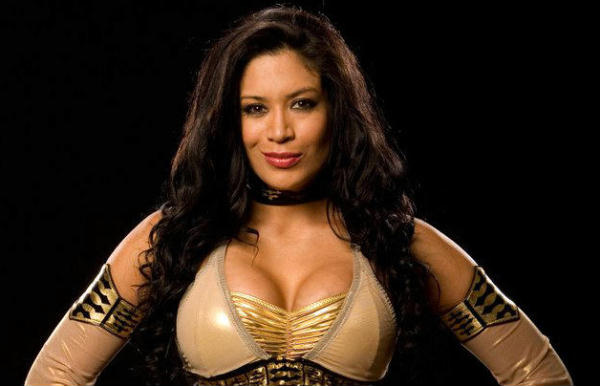 In an interview with Instinct Culture, Melina discussed if she’d be open to possibly returning to WWE in the future, as well as what it’s like to work with a studio audience in NWA. Her comments are below.

On if she’d be open to returning to WWE in the future: “I would say everything happens if it’s meant to happen. If an opportunity shows up, of course, who wouldn’t? But if there is never an opportunity, I’m OK with that too. I’m thankful for what I’ve been able to do because I didn’t even think I’d be able to do that. I never in my wildest dreams, ever thought that I would be on TV or I would have a video game or an action figure or be in magazines in England and Australia and Mexico and different parts of other countries, you know what I mean? Never would I ever have thought I could do that, that that would be me.”

On what it’s like to work with a studio audience in NWA: “It was so different. At first it was like the initial, you’re used to going out of a curtain with music and everything and you’re vibing off the music, but then you go out of this curtain and there is no music. So in that moment, I thought, uh, it makes you pull out different tools in your brain and abilities where I’m like, why do I need music to know who I am? I’m Melina. I was walking out there, I don’t need music. So it was interesting to see that feeling and the ability to get emotion without having to need these extra tools, and the crowd, even though it’s a small audience, studio audience, they were amazing.”