Karl Anderson: “100%, i want to get in there with Eddie Edwards” 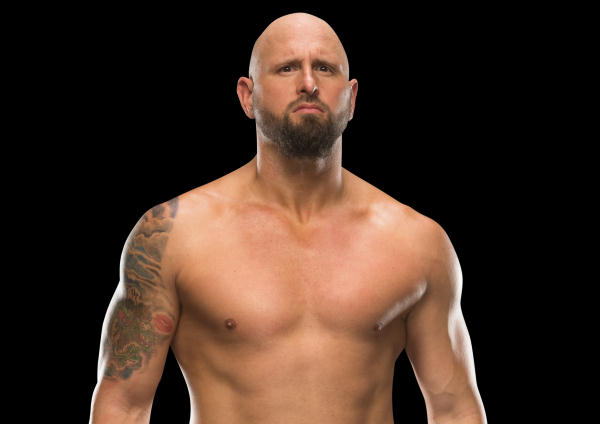 Over our show’s 18 year history, many guests of the program have been hot and have been making headlines when we spoke to them. I am not at all certain that any duo has ever been all over wrestling news sites quite as much as our guests this week at the time of our interview with them. I speak of Impact Wrestling’s huge signing, one of many, revealed the day of Slammiversary. I speak of the “Good Brothers” Karl Anderson & “The Big LG” Doc Gallows!

In our exclusive chat with the red hot tag team, hear us discuss their Impact Wrestling debut, why Impact was the right choice for them, their bad ass new theme song, and Tan N Shop A Mania PPV this Saturday from Gallows’ backyard! We even discuss how what they plan to do on the PPV is different from the Southpaw Regional show they were involved in previously.

A fun though brief chat with two good guys… Hey, they’re not the Good Brothers for nothing!

Check out www.ImpactWrestling.com for the latest information on Anderson adn Gallows and even some information on their own pay per view Saturday night, August 1st!

On making their Impact debut:
Karl: “It was really cool to be able to do that after being released (by WWE) in April and wondering, “What is going to be the next step?” We were literally on the phone with Scott D’Amore about an hour after everything went down about being a part of Slammiversary. Being a part of it and how big it was really was one of my top moments in my 20 years of doing this in professional wrestling.”
Doc: “I totally agree. And, Slammiversary delivered. It totally delivered. You saw the numbers that came out social media wise and I think you’re going to see the same buyrate wise. We were super excited to be there, super excited to be a part of it, and we’re super excited about the creative freedom that we now have.”

On what was so appealing about going to Impact:
Doc: “I think we can all agree that Scott D’Amore carved out a contract that gave us a lot of things that we wanted like the ability to make our return to New Japan Pro Wrestling – Which we plan to do – And move some dates around to be able to do that. And, of course, cross promoting. We have a lot of other projects – Talk N Shop A Mania, the pay per view happening August 1st, this Saturday night at 9 p.m. It felt right for us to wear their hat and them to wear our hat. Early on in this relationship, I don’t think we could be any happier. I think we’re going to continue to work together and this thing is just going to continue to grow and grow and grow.”

On the Talk N Shop brand, beer, and PPV:
Karl: “Well, Talk N Shop is our podcast that drops on Sunday mornings on the MLW Radio Network. You can search for on all podcast platforms. From that, we’ve always included different characters that we came up with that make Gallows and myself make each other laugh on the road and to make other people laugh. It is kind of soething we enjoy doing. Talk N Shop A Mania was Gallows’ brainchild that he came up with about an hour after we got fired. He wanted to run a pay per view from his backyard. He wanted it to be a parody of professional wrestling and have it be as funny and creative as we know that we can be. We’ve always said that if it is making us laugh, it is making our fans laugh because the people who follow us always seem to like when we’re being our most creative. Talk N Shop A Mania came from Gallows’ insane brain! I’ll let him explain his genius!”
Doc: “Yeah, we’re coming off the Boneyard Match which was an epic thing in professional wrestling – The first time that the Undertaker and AJ Styles met. But, it had to be filmed cinematically. As Karl has said in prior interviews, I don’t know if it would have been received as well had it happened in Raymond James Stadium in front of 80,000 screaming fans. I don’t think they would have done a cinematic match. But, because of this pandemic that we are all in, they did the best they could with the situation they were given and they did a great job with it. Then, there we are 11 or 12 days later getting our releases. I just thought, with the big personalities that we have, if we don’t use this opportunity and parody this, we’re missing a huge opportunity. As we started talking about it, we started thinking of various characters we wanted involved and cameo appearances. You’re going to see a lot of people you’ve seen in very serious roles in professional wrestling step away from that and embrace the comedic side of wrestling which we both grew up loving. Take this with a grain of salt. It is supposed to be fun! It is not to disrespect or make fun of anyone. It is a good time and I think it is going to go down in history as wrestling’s greatest parody.”

On if Tank N Shop A Mania will be like Southpaw Regional:
Karl: “It’s better!”
Doc: “No, it’s not (like Southpaw.) This is a TVMA version. Southpaw, I believe, was stolen from a lot of the Sex Ferguson stuff that I’ve always done. (Karl laughs) I think a lot of people thought that was funny within WWE. And, we were able to do it. But, they cut a lot of our stuff out. It is not nearly as funny without the colorful language. This is an adult themed product and I think that is part of what makes it funny. It is not on television… It is on pay per view where there is colorful language and there is colorful innuendo. It is for your smarter fan to enjoy and I hope they do!”
Karl: “Southpaw Regional was not as funny as it could have been. When Gallows and I had the chance to watch it back, we were like “Ah man!” They ended up including a lot of things that didn’t need to be that way. I think Talk N Shop A Mania, in our world, is going to take it to a different level.”

On their very cool new Impact theme song:
Doc: “It is the Devil is In Your Six. It is something I put out there on social media and our friend Rocky Romero, who is more talented in ways than I could ever be, said, “This should be a song!” He went to work putting it together. We absolutely loved it when we heard it! Then, he cleaned it up even more. It is funny to say this but it get stuck in my own head when I hear it which I think is a good thing! (laughs) I know it drops tomorrow on Spotify, you can pre-order it now. And, it will be available on a lot of different platforms so you can have it stuck in your head a lot, we hope!”

On if we will ever see the Aces and Eights reunion D’Lo Brown teased for Slammiversary:
Doc: “I think it was a bit of a tease! But, this is professional wrestling. We’re going to give the people what they want so you can never say never. It would depend on who is involved. Yeah, that (Aces and Eights) was a cool theme song too. But, our Bullet Club song in Japan was one of the best wrestling songs ever!”

On the differences Doc sees in Impact from when he left to now:
Doc: “It is just a different set of characters. I’m trying to think if there is anyone there that was there when I was there the first time around. Maybe Chris Sabin? Hernandez is back now. But, there is a big group of young talent that we got a dose of at Slammiversary and this last taping and I can say we were very impressed by. I think there is a huge up side and potential. It seems to be a good locker room with a mixture of veterans and new talent. It was a welcome feeling.”

On the atmosphere for Karl at Impact:
Karl: “You know, it is a different feeling. We wrestled in Japan together for years and then we went to the WWE together for 4 years. We thought we were going to end our career in WWE. At least, that was our thought processed when we signed our multi-year contract… Just to go into the Impact Zone was a breath of fresh air. You’re going to see the Good Brothers be the Good Brothers! You’re going to see us with a renewed happiness and passion that we lost over the past couple of years. ”

On some of the talent they want to work in Impact:
Karl: “100%, i want to get in there with Eddie Edwards. He’s someone I’ve known a long time. And, he’s the Impact World Champion. That is something we want to be is Champions, Tag Team or World Champion. We want to get as many eyes on this brand as we can. Ace Austin is a guy I just talked to at the tapings. He’s only 23 years old! As good as he is at that age? I mean, I was always pretty good. I don’t think I was that good at 23!”

On the recent ratings report showing Impact’s rising viewership:
Karl: “It is us! We did that! (laughs)”
Doc: “I don’t really know how the ratings work. I was talking to a member of Impact management and he was telling me that those numbes aren’t all the way accurate and we actually did a little better than that. But, I think it was us, all the new faces, and the product. Don’t sleep on Impact! If you have been sleeping on Impact, it is time to wake up and change the channel to AXS TV on Tuesday nights at 8 p.m.! or the Twitch app worldwide! Tune in, watch this show, give it a chance! I think you’re going to keep watching!”