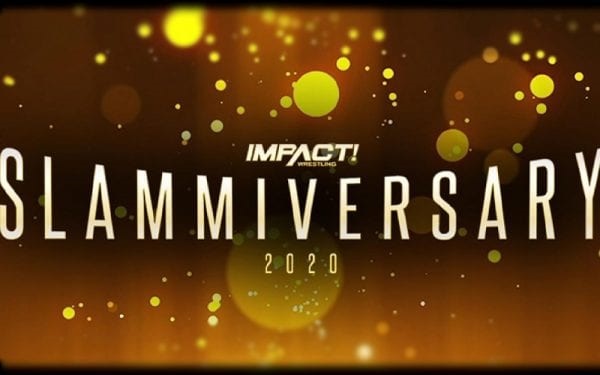 Nashville – (July 21, 2020) – IMPACT Wrestling was firing on all cylinders Saturday night as Slammiversary 2020 became the company’s biggest live event in years, as demonstrated by social media metrics released. The pay-per-view event on July 18 dominated social media conversations, with #Slammiversary consistently trending No. 1 in the United States on Twitter.

“IMPACT Wrestling captured the world’s attention on Saturday night,” said IMPACT Wrestling Executive Vice President Scott D’Amore. “Slammiversary 2020 was the result of two-and-a-half years of hard work by our incredible team and talented roster, along with new additions who have decided to bet on IMPACT.”

During the month leading up to Slammiversary 2020, IMPACT’s YouTube Channel saw its total views rise by 26.5 percent and total watch time grow by 32 percent. The channel, which already ranks as the No. 2 most-subscribed wrestling account on the platform, added over 100 thousand new subscribers, marking a 20% rise in monthly subscriber rate.

IMPACT Wrestling showcases hard-hitting, high-flying action every week in the U.S. with IMPACT! on AXS TV and Twitch, premiering the two-hour flagship series Tuesdays at 8 p.m. ET/5 p.m. PT. During the Slammiversary broadcast, IMPACT announced the date for its next live event Bound For Glory 2020, set for Saturday, Oct. 24 on pay-per-view.

Viewers across the globe can watch IMPACT Wrestling content on a variety of platforms and devices including the IMPACT Plus SVOD service and digital channel for $7.99 a month; on the promotion’s highlight-packed YouTube Channel; and on twitch.tv. IMPACT Wrestling is broadcast globally in over 120 countries.