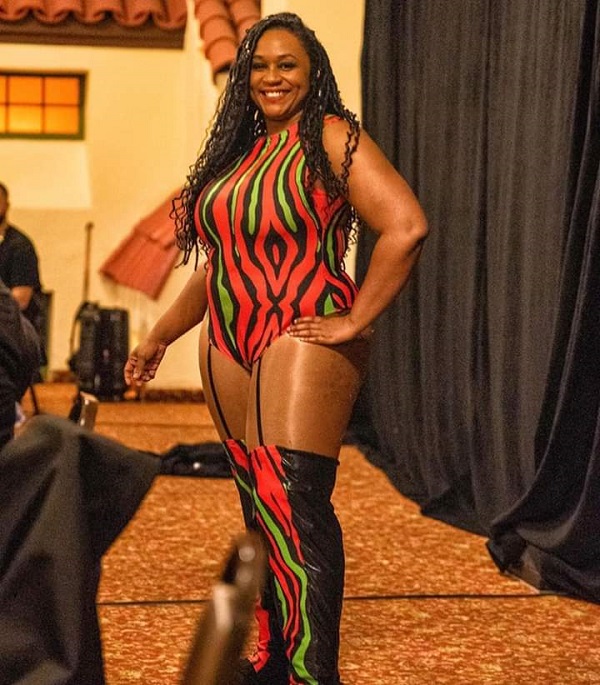 It was reported last month that ROH issued a statement about how inclusive it was, which was questioned by independent wrestler Faye Jackson. She said that she was never invited to the Women of Honor locker room meetings when she worked there and when she invited herself, she got a cold reception. In an interview with Wrestling Inc, Jackson spoke about the issues she had with ROH management and what they’re doing wrong with their women’s division. Here are highlights:

On her issues with ROH: “When I first got there, they treated me well. But then, it’s different when you have to start to work for TV and you realize that people there don’t want to show you. Or if you do something in a match and get yourself over, then you’re too new to get yourself over and you need to have a seat type of thing. Then, when it comes to everybody that’s included on the roster – because I was a part of that roster – and they’re having meetings about the future of the product, and you’re not invited. But everybody else is. That always drew red flags for me and they like to pick and choose who is at the forefront, which is wrestling and that’s fine. One minute one person may get a push, the next minute that person may get this push. I’m new to the business and I don’t expect anything. I never even try to make myself known where I’m wanting to go for a title shot or stuff like that. Maybe my first eight matches happened there, ever, so why would I say, ‘Hey. I’ve had six matches here so far. Let me get a title shot.’ I’m not that bold and I don’t think that highly of myself. But I do want to be treated with respect and when people start making up certain things about you to make you look bad to a whole roster or individual group to say, ‘Hey, now she’s taking all of these bookings and she thinks she’s better than us. Now she’s doing this in the locker room and going off on people’ which I never did. All of these things happen but you don’t really realize what’s happening until you get that inkling that something’s not right.”

On why the women’s division in ROH never rose to the level of the men’s division: “There has to be a problem somewhere where if this person leaves, that person leaves, that person leaves – you want to keep blaming the individuals that keep leaving instead of blaming the individuals that are there and are causing the problem. But at the end of the day, I wish them the best. I have no ill will towards them and I will say that I’m better off. My track record in the promotions that I’ve worked in the indies kinda proves that. I never let that situation that treated me so horribly – it never stopped my drive to keep going. I’ve dealt with a lot of horrors that, trust me, anybody that was in my position would have been quit wrestling.”

On taking her complaints to ROH management: “I brought it up one time to the head booker and I said, ‘Just give me a chance to show that I belong.’ Because I didn’t feel like I belonged at that point. Instead of being able to hear from that person and saying, ‘Alright, let’s see what you can do or this is why…’ just something, I basically just got berated. ‘No, you don’t belong here. We gave you a shot but your attitude has changed since your first match and you’re going to different places with an attitude.’ If you ask people how I acted in the locker room they would say I’m actually the one that makes everybody get along. I don’t want any type of drama in the locker room. Even if I don’t know you, I’m gonna get to know you.”