Wes Brisco and Heath Slater Talk about FCW Under Prichard & Dusty, Success of Nexus, and More 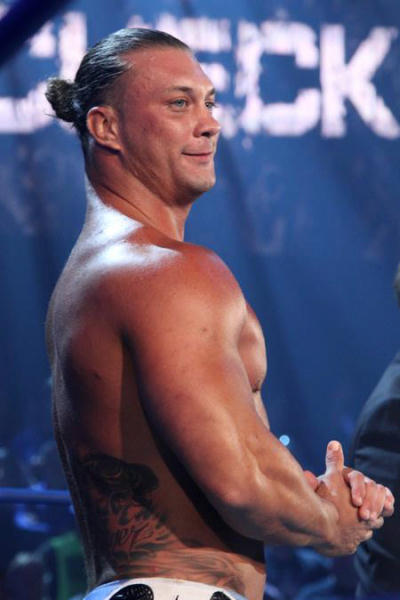 On the latest edition of Brisco and Big Ace on VOC Nation and YouTube, Wes Brisco and Heath Slater discussed their time in FCW, learning under Dr Tom Prichard and Dusty Rhodes, the high’s and low’s of the Nexus angle, and much more. Here are some highlights:

Wes Brisco on breaking into FCW and having a hard time: “Heath was already there. Believe it or not, Heath was the first person to be cool with me… A lot of people weren’t necessarily too kind to me. FCW was a shark tank. It was no Performance Center, it was a shark’s tank. A lot of people, you know, they weren’t cool with me. Heath was the first one to actually introduce himself and kinda be cool. I had no idea because I was coming from the extreme sports background… Heath was the coolest dude ever, and we kinda just hit it off and became friends.”

Heath Slater on Wes Brisco: “Everyone was intimidated by Wes a little bit, (that’s) what it was. He comes in being a little shooter, and we all know he is. Plus he’s on this wake board doing flips in the daggone water and all this crazy (stuff). He’s in magazines and all this other stuff being put over… Then his family’s legacy, and everyone is like ‘watch out, he might shoot on you.’ But you know, Wes came in genuine, nice, humble, and a cool dude, so of course I said ‘hey man, what’s up’ and we just got to know each other. Now (it’s) 12 years later (and we’re still friends”.

Heath Slater on forcing Wes to call matches in the ring: “You can call stuff in the back, you can memorize it this and that, but that’s just going through the motions. You gotta switch that (stuff) up. Wes, we already knew he was capable of doing it, we just wanted to see if he could listen and do it. And he followed correctly and it was great.”

Wes Brisco on Dr Tom Prichard: “It didn’t matter who I was wrestling, what style, it just didn’t matter. Dr Tom’s bunch of guys that came out of there were guys that could work any style and have a great match with anybody.”

Heath Slater on Dr Tom Prichard: “I have nothing but good things to say about Dr Tom… Dr Tom liked what I was doing (in the ring) but he would take it and say ‘ try to do that, clean this up, mold this here’ and I would just listen to him. If he saw something in you he would help you… His confidence in me made my confidence grow to where I thought I was unstoppable down there.”

Heath Slater on being mentored by Dusty Rhodes: “Dusty would – everytime we had promo class – he would literally just tell me to be myself. He was like ‘oh baby you’ve got so much charisma just let it go, just let it come up. Flap that hair, move those hips, do your thing!’ That’s when I was
Handsome Heath, this wild man shaking the ring posts… I’d come out with long hair, flapping my hair, shaking my hips… Dusty was like ‘come on, keep going’, Dusty was loving it.”

Heath Slater on making the most out of his roles: “I had so many gimmicks that were legit chicken s**t that I had to turn into chicken salad… I remember John Cena telling me, ‘they always give you an inch, but somehow you bring it to a mile.’ I don’t know, I just try to take ideas and do it… What I loved about being a heel is that I’d go out, and people would see me out in a restaurant and say ‘I know you’re a bad guy, but I just want you to know that we love hating you. We love booing you. You’re just a fun bad guy.’ I love having a good chat with the fans. Even if it’s just like having a couple drinks…I’ve done that in so many bars it’s not even funny…. Over the years of just connecting on the screen and off the screen, it’s just really cool.”

Heath Slater on Gerry Brisco’s reaction to the Nexus angle: “I remember seeing him in Tampa… it was in Miami when Nexus happened, and I remember Smackdown I think was in Tampa the following night. He was there. I just remember he was like ‘man, all that stuff y’all did last night; people are going to be talking about that for years.’ Look at it, a decade later and people are still talking about it.”

Wes Brisco on what made Nexus a success: “It was different, and they actually allowed them to take the handcuffs off and let them be them. I remember the downfall is when (the WWE) started not letting (the Nexus guys) have creative control. That was when it was kinda starting to get a little shaky and started to run it’s course.”

Heath Slater on what killed the angle: “When it came to Summerslam, it all just fell to hell… When we didn’t take over WWE, (the angle) didn’t matter anymore.”

Link to the interview here:

Brisco and Big Ace airs on VOC Nation most Thursday nights, though the schedule is somewhat inconsistent based around Wes Brisco’s schedule. Unlike other VOC Nation shows, this is a podcast only and does not take live calls.