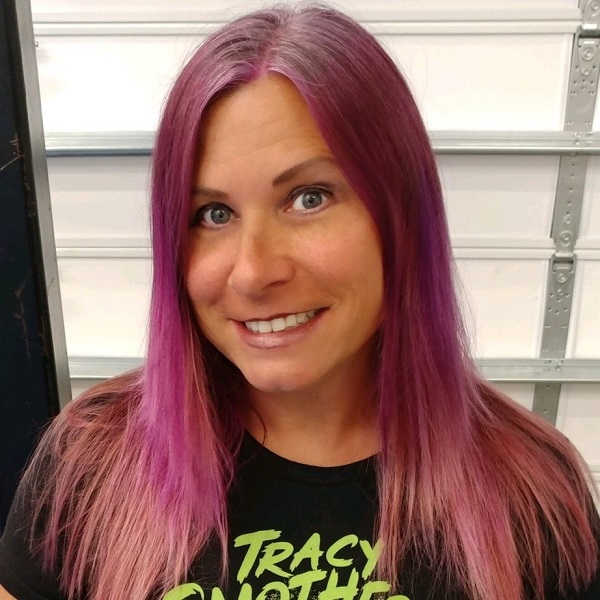 On not being an active performer: “I miss the camaraderie, I miss hanging out backstage waiting for my turn, but I’m still so involved with wrestling that I don’t feel that far removed from it…With Slamming Ladies and doing the backstage stuff at Shimmer, I still stay in touch with so many people that I don’t miss it as much as I would if I just retired.”

On the change in Shimmer over the years: “I started when they started. They brought me in on the first show and I’ve been with them since. It was maybe a little more old school strong style back then (when I started), and now it’s maybe a little more ‘X Division’ ish…We still have a variety, I do like that. We have a variety of styles and all really good workers so I enjoy being there.”

On women’s wrestling getting more legitimacy over the years: “WWE definitely has a better view of women’s wrestling now and they’re definitely pushing it… When you talk about real wrestling fans, I think women have always had a little bit more respect. But mainstream fans are giving more respect (now) to the women, and we’re definitely getting longer matches and more high profile matches. In that way, I think the women today kind of have it lucky. I’m almost a tiny bit jealous.”

On never getting a solid run in a large promotion: “When I was doing some extra work with WWE…it was a lot during the Attitude era. There was a little part of me that really didn’t want to have a part of that. I didn’t want to do gravy belt matches, bra and panty matches, evening gown matches, that wasn’t me. So I would say that if I was coming up now, my focus would be more on getting a job with the bigger companies because they don’t treat women like that anymore and I would be comfortable with the situation… I’m not saying that I didn’t have aspirations to be in WWE or even WCW back then; I did do some tryouts and things like that, but I didn’t keep putting my face there all the time. I did have that hesitation of, ‘do I really want to be part of this or do I not?’ and I was having so much fun on the indies that it ended up turning out good for me that way.”

On her role playing Hillary Clinton on Raw: “At that point in time, getting a contract with them wasn’t (a priority). When they called me and talked to me about doing it, they kept saying ‘well you never know where this will lead.’ I told them straight out (that) I don’t want a contract, I don’t want to be on the road, I’m glad to come up and do this one job for you but I’m not looking for a contract… It was really fun, it was extremely scary to be honest. That was Vince McMahon’s baby, that was his project, that was his idea. So he was there through everything. He was standing on the outside of the ring when we did our speech beforehand, when we were practicing and trying to get the wording right…it was very intense… It was cool, and I had a good time, and I got paid. It got on mainstream media and all the stuff, and it made Vince McMahon happy.”