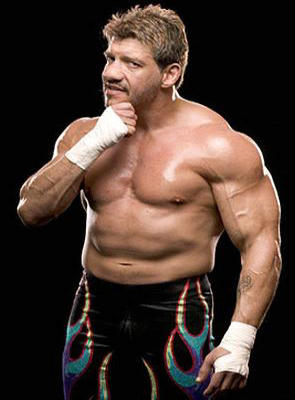 WWE has announced that they have released a new limited edition Eddie Guerrero collectors box in the WWE Shop, which is priced at $49.99. Only 750 will be available. Here’s a press release:

Lying, cheating, stealing – it was all fair play in the ring for Eddie Guerrero. When the unpredictable WWE Hall of Famer flashed that trademark grin, you knew he was already plotting his next move. The big question was what tricks he had in store for his opponent next.

Oozing charisma from every pore, Latino Heat captured five different WWE titles throughout his time in WWE, including the WWE Championship when he stunned Brock Lesnar in a classic match at No Way Out 2004. Even though his career was cut tragically short, Guerrero left an indelible mark on the sports-entertainment landscape. His battle cry of “Viva La Raza” still reverberates across the WWE Universe to this day in remembrance of one of the all-time greats.

WWE Shop is celebrating the legacy of Eddie Guerrero with a new Limited Edition Collector’s Box. Exclusively available at WWEShop.com, the custom lowrider box is filled to the brim with exclusive Latino Heat gear.

Only 750 of this Limited Edition box will ever be sold, but you don’t have to lie, cheat or steal to get yours.

Latino Heat Hot Sauce – Addicted to the heat? Get all you can handle with this exclusive hot sauce.

Fuzzy Dice – Represent Eddie in your lowrider… or regular car.