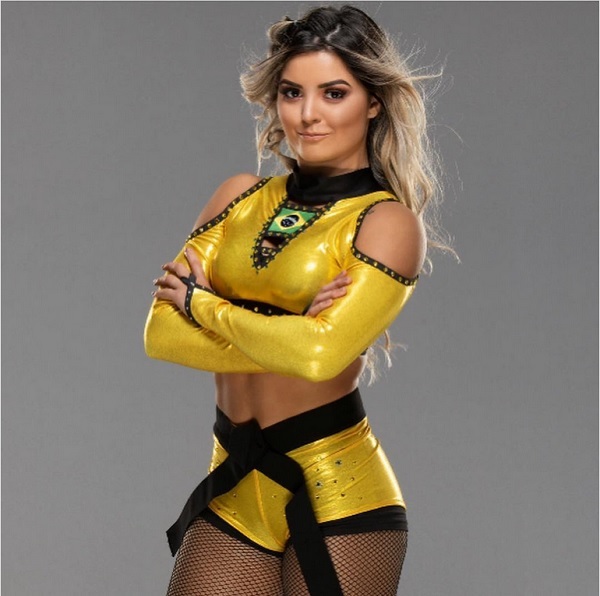 Madison Rayne was discussing with Gail Kim on Twitter about bringing back the Knockouts Title. She name-dropped former WWE NXT wrestler Taynara Conti among other names.

Ok ok I fully support this tweet, and let’s play fantasy booker for a second…
If I can’t convince my former tag partner (hi @gailkimITSME) to get back in the ring… perhaps the 👸🏼🐝 and:@TenilleDashwood @DeonnaPurrazzo @DiamanteLAX @TayConti_

Deonna made a reference to Taynara’s gimmick in NXT and offered to team with Taynara in IMPACT.

Meanwhile, Taynara Conti and IMPACT Wrestling Executive Vice President Scott D’Amore have begun following each other on Twitter. You can see the pictures here.

@ScottDAmore and @TayConti_ are now following each other on Twitter.

Could mean something. Could mean nothing… pic.twitter.com/BIejXQ7Kr0