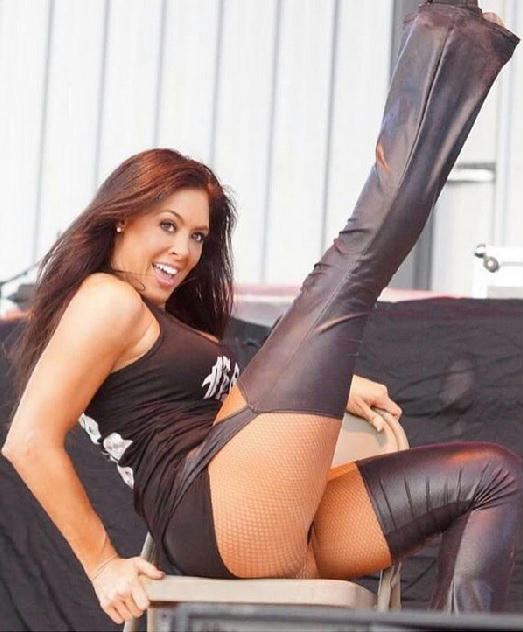 Former Impact Wrestling Knockout Rebel was on AEW Dynamite last night as the assistant to Britt Baker in her Role… Or Roll Model segment. Baker is in a wheelchair and had Rebel, going by the name Reba, turn the pages on her conspiracy theory board. Of course, Baker was mean as could be to Reba as she would be given her present persona. Baker also blamed everyone, including referee Aubrey Edwards, for her injury.

Rebel was with Impact Wrestling from 2013 to 2017 appearing first as the carnival sister of Mike Knox and later becoming part of the heel faction The Doll House. Since Impact, she ahs done tours of Japan and shots for WWE’s NXT brand.