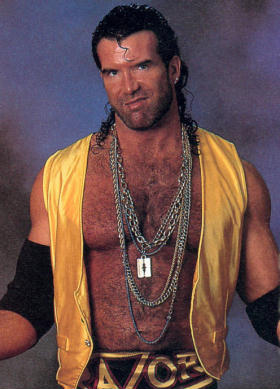 As previously reported, WWE Hall of Famer Scott Hall got into a tiff on Twitter with ROH talent Session Moth Martina. At one point, Martina commented on Hall, “He once offered to buy me a boob job on Twitter but never followed through.” The comment appeared to anger Scott Hall. He later commented, “You need a personality transplant you dumb b****.” Well, that tweet by Hall is now gone. Not only that, it appears Hall or someone else nuked his Twitter account as well.

When attempting to go to Hall’s official Twitter account again, there’s now a message that reads, “This account doesn’t exist. Try searching for another.” His account and all of his tweets are now gone.

It’s unknown if Hall deleted his account, or if his account was banned following the derisive comments that were directed at Martina.