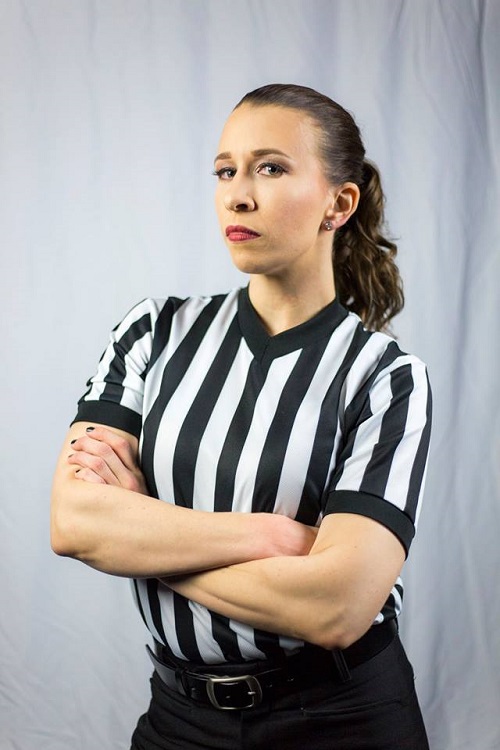 AEW referee Aubrey Edwards discussed how CM Punk’s “pipebomb” promo turned her into a wrestling fan on the latest AEW Unrestricted podcast. Edwards was a video game producer before she got into the wrestling business and acknowledged that she wasn’t a fan growing up; it was only after she saw Punk’s famous Raw promo that she got into it.

Edwards noted she quickly jumped into the deep end and became a huge fan, travelling to WrestleMania yearly. Her fandom turned her into a meme, “Daniel Bryan crying girl,” when she was shown on Raw during Bryan’s retirement. You can see that GIF below, along with highlights of the discussion and the full video:

On not getting into wrestling early on in life: “No, I never watched it as a kid growing up, like I didn’t have brothers who got me into it. My dad hated it. But it was never something that was a part of my life. And then one year, I think it was WrestleMania 27. They had the Rock and Stone Cold come back to host. And all of my friends who watched wrestling growing up said, ‘Ooh, they’re coming back. Let’s have a WrestleMania party. So we treated it like the Super Bowl. We all brought over like, dishes, we had prop bets and such. And I literally don’t know anything that’s happening. Like, I’m Googling who The Undertaker is. That’ll tell you a little bit about my level of understanding for wresting at that point.

“And I kind of didn’t really stay with it. I was like, ‘Okay, this is cool and interesting, great, fine, whatever. But that was the thing that hooked my husband back into it, because he watched as a kid. And about a month or so later, on an episode of Raw, there was the CM Punk pipebomb. And I come home from work and my husband’s like, ‘You have to see this.’ So he shows me this clip, and it was in that moment that I realized that wrestling is actually just a form of storytelling. Because I’m watching this thing going, ‘I don’t know how much of this is real or not?’ And that’s really cool that I don’t know anything about this character or this story, but I’m immediately invested. And from that moment I was hooked.”

On getting into the fandom very quickly: “I’m very much — I have the type of personality that when I’m into something, I go into it 100%. So I started watching WWE, I’d start Googling all these wrestlers as they came up. ‘Oh, what’s Ring of Honor? Oh, what are the independents, what’s EVOLVE? Who’s this guy?’ And then finding out all these other things. And then I think like, WrestleMania 31, we actually went down to San Diego. 32, we went to Dallas. We went to TakeOver Brooklyn. Like, I’m literally planning my family trips around TakeOver, so I can justify going to New York. So I went deep, deep into it, because I had so much to catch up on. And like, I wanted to know all these things, and I was enjoying these aspects of it. And if there’s something I wasn’t liking, there’s so much out there that I could find something else.”

On becoming a meme: “There’s a lot of characters that I was drawn to because I saw myself in them. Like, my favorite wrestler was Daniel Bryan. There’s this really famous picture of me. So Daniel Bryan’s from Seattle — from outside Seattle, he’s from Aberdeen. But his retirement show he was at, and he did it in Key Arena in Seattle where the Sonic played. And I’m in the front row just bawling my eyes out. And it’s — like, if you actually look up ‘Daniel Bryan crying girl’ online, my face come up and I’m just crying. It’s pretty ridiculous that like, when you become a meme because of your wrestling fandom. And then years later, someone on Reddit was like, ‘Wait, is that Aubrey?’ And like, ‘Yeah, no, that’s definitely me!’ I get invested, dude, those are real goddamned tears!”