Howard Finkel Was Bullied in Wrestler’s Court in 2001 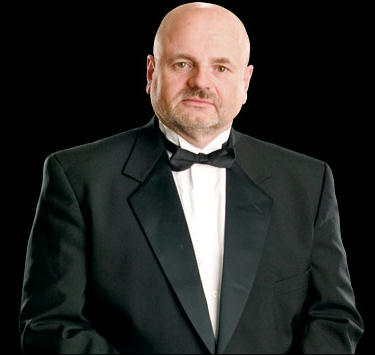 During this week’s edition of the Wrestling Observer Newsletter, Dave Meltzer detailed a backstage incident involving late WWE ring announcer and Hall of Famer Howard Finkel that took place back in 2001. At this time, Finkel was in the phase where he was no longer the main ring announcer, but he was still doing work at house shows. Per the report, Finkel was bullied and treated cruelly and immaturely during a case of the infamous “wrestlers court” stemming from a spot of how he took a slap from a female Superstar at an event.

According to the account, the spot involved Finkel taking a slap from one of the women’s talents. Finkel reportedly knew it was coming and not being a pro at taking in-ring shots, he apparently flinched, the spot fell flat and did not come off well. As a result, Finkel was taken to wrestlers court where he was allegedly bullied and “absolutely humiliated.”

This incident is said to have occurred not long after WCW wrestlers came over to the company following the WWE purchase. Some of the new talents at the time thought the incident with Finkel was done to show them “how things are handled in WWF.” Unfortunately, Finkel was used as the outlet for this demonstration to send a message to the new incoming wrestlers.

According to an account of the incident, what happened to Finkel “was totally uncalled for,” and Finkel was said to have been on the verge of tears. The whole thing was apparently “uncomfortable” for former WCW talents who did not support the idea of bullying “nice people.” For the newly employed former WCW wrestlers, bullying the nice people backstage reportedly “wasn’t nearly as prevalent” in WCW before the company was absorbed.

By the time the wrestlers court was over, Finkel was devastated by the event. His punishment was to receive a slap in the face again by another woman. This ended with Finkel allegedly flinching again for the spot. While he was not taken to wrestlers court again over the second slap, he was still “berated” for flinching a second time.

Per the Observer Newsletter, one anonymous source said it was “one of the most immature and cruel things they’d seen in the business.” This source was reportedly someone who had a long career in wrestling.

Wrestlers court reportedly no longer occurs in WWE, but it was a common occurrence backstage in the days when there were more incidents of “heavy bullying.” The idea was that wrestlers court was a way for the backstage talents to police each other and keep everyone in line. The Undertaker would sometimes preside as the “judge” in wrestlers court.

Howard Finkel sadly passed away on April 16. He was 69 years old. Finkel was inducted into the WWE Hall of Fame in 2009.