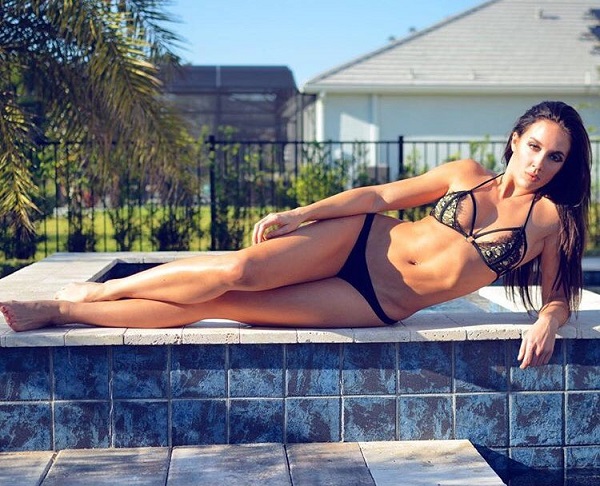 In an interview with Conversations with Love, Chelsea Green spoke about the releases of Zack Ryder and Deonna Purrazzo from WWE and how well she thinks they’ll do now that they’re gone. Here are highlights:

On the WWE releases: “I know, and everyone on social media’s like ‘oh my god, poor Chelsea!’ I’m like, well, no, I have a job, I’m very, very thankful that I have a job, because who knows? If this cut had have come three months ago, I might not have had a job. It was just you had to be in the right place, or the wrong place, at the wrong time. Unfortunately, this is not the first time that this has happened. This has been happening all over the world in every profession, and it’s really, really unfortunate that two of the people who are closest to me in my life were released, but on the other hand, both of them are going to go on to do so much more, and I would feel terrible if that wasn’t the case, but that’s the case. Like, Deonna has so much potential. She was not used in the capacity she should have been used in. Matt has so much potential and has continued to prove that throughout his entire career. So, whatever Matt does, he’s fine. I’m really excited to see what happens once the world gets back up-and-running. Once indies come back and everything, I’m really excited to see what they do. It’s not necessarily a sad thing. I think for the fans, it was really sad to watch that all unfold on Twitter. But, for myself, and Matt, and Deonna, I think we all know no matter what happens from here on out, this isn’t the end of any road for them. We have so many opportunities nowadays.”

On Lance Storm: “He really is like a dad to me, and to Peyton Royce, and to Rachael, and everyone who’s gone through his school. He just has the best wrestling mind. There’s just no one like him out there. For us to kind of come full circle – I remember the day I told him I wanted to be in WWE, that was the first day I met him – so for us to kind of go through all of this together, and then to be on RAW versus Charlotte (Flair) and for him to be there was the sweetest moment to have with him. It was so, so, so cool. Hopefully, that’s not our last moment. I imagine that WWE would rehire him, whether it’s in a couple months or a year once everything kind of gets back to normal because he just is something special.”