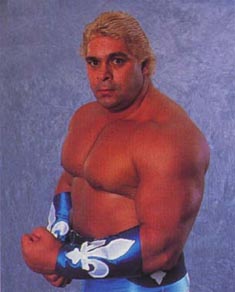 Showbuzz Daily has the overnight ratings for this week’s Dino Bravo-focused episode of Dark Side of the Ring. Last night’s episode saw a slight uptick in viewership with 221,000 viewers compared to last week’s 209,000 for the Jimmy Snuka episode.

Key demo ratings in the 18-49 demographic were slightly up as well this week, rising to a 0.10 from last week’s 0.09. The show ranked No. 85 in the Top 150 Cable shows for last night. Curse of Oak Island topped the ratings for the night with a 0.72 rating and 3.615 million viewers. Special Report With Brett Baier on FOX News topped the viewership for the night with 5.203 million viewers.

Next week’s episode of Dark Side of the Ring Season 2 will feature “David Schults & The Slap Heard Round the World.” The episode debuts on Tuesday, April 28 on Vice TV.