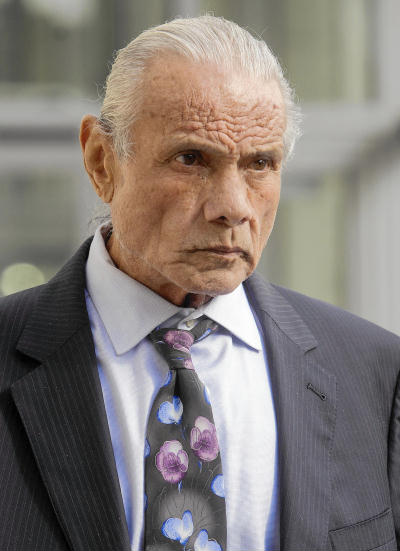 GRILLING JR 04/15/20: DARK SIDE OF THE PODCAST JIMMY SNUKA AND THE DEATH OF NANCY ARGENTINO

The producers talking about Tony Atlas statement: “We were doing an interview with Tony Atlas in 2017 and this was months after Jimmy passed away, and so it was still a very fresh story for wrestling fans at the time. I can’t remember exactly in the interview what it was but he casually mentioned that his ex-wife…according to Tony, and this has never been verified in anyway at all. He would tell a story that basically she was friends with Nancy Argentino and she did witness some physical abuse on the night that she died. That I remember, I filed that away. When I heard that in 2017 when we interviewed him for Bruiser Brody, I remembered that, and was like, if we ever tell the story someday, I’m going to follow up on this lead and see if this is really true…When season 2 started, this was one of the first things we did as we tried to track her down and Tony is lost. This is his ex; this is his first wife. I think they split up in the late ’80s if memory serves me correctly so he hasn’t been in contact with her for many years. He only had her name. We basically found Tony’s marriage license that he had at one period to try and find any more information. We got her name, but we found out her name was one of the most common, I think she was Puerto Rican. But she was from New York City and she has a very common name. So, it made it real hard to track her down, but we did. We cold called like, I don’t know, a few dozen people and say were you in Allentown in 1983 and try to figure out the story to see if we could find someone who allegedly was a witness to something. Unfortunately, that didn’t wind up going anywhere, but that was basically the first step that we took to try to put this together.”

The producers talking about trying to get people to talk: “While this was also probably the most people we interviewed for one episode and talked to, it’s also the episode that has the most people that declined to be interviewed…We did reach out to the investigative detectives, the guys who originally investigated the case in 1983, most of the hospital staff that was there on the night Nancy passed away, the original investigating detectives that covered this case, all the medical personal that was in the emergency room the night that Nancy passed away, the coroner and other medical examiners declined to be interviewed, and both of the district attorneys, past and present. So, there was a challenge to find people to speak about this who were on that side of the story.”

The producers talking about After Dark: “To be clear, obviously the After Dark program is a program that isn’t produced by us. It has no connection to our staff at all…If Jason and I were in the driver’s seat of that show, I think we would have probably got different guests.”