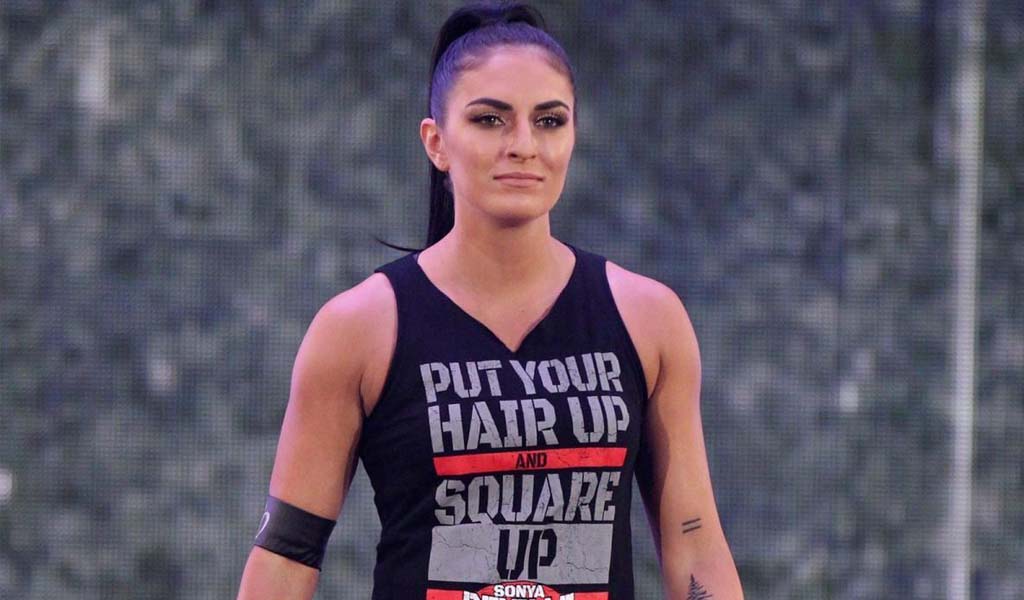 The screen “glitches” that had been appearing every week on WWE television had some sort of closure yesterday as it was revealed on Smackdown that a hacker was behind them all – and exposed a “mystery” that was bad news for Sonya Deville.

With “The Truth Will Be Heard” flashing on TV after Tucker and Dolph Ziggler wrestled, a mysterious figure was shown from the back in front of several computer monitors. The person wore a hoodie and his voice was altered to conceal the identity.

After pressing a button, footage played of Sonya Deville sending a text message to Otis from Mandy’s phone saying that she would be late for their Valentine’s Day date. She then deleted the evidence unbeknownst to Mandy. Another clip was played with Sonya being in cahoots with Dolph Ziggler, saying that whatever they want, they get.

The revelation seems to have pissed off Mandy Rose who wanted nothing to do with Sonya throughout the rest of the night despite repeated attempts to apologize.