Bischoff Says He Never Saw Anything Special in Jeff Jarrett 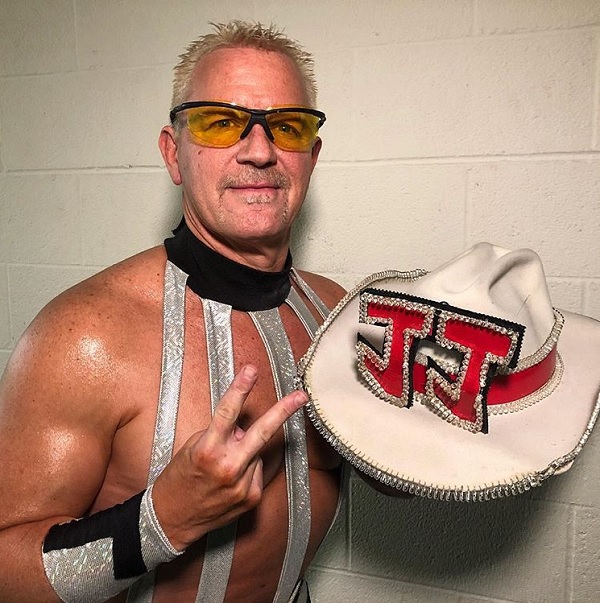 In the latest edition of 83 Weeks, Eric Bischoff discussed why he was never a fan of Jeff Jarrett as an in-ring performer and said that Vince Russo over pushing him in WCW ultimately hurt Jarrett. Highlights are below.

On him never finding Jeff Jarrett compelling as a character: “I think the world of Jeff as a producer. As a talent, I’m sorry, Jeff, I hope you’re not listening to this, but if you are, I don’t mean this with anything but honesty and love, ehhh. Ehhh. Just never that guy. Call it size, call it delivery, look, whatever, certainly not his work, Jeff was a great mechanic, he was a great storyteller in the ring, but when it came to the on-camera presence, it was never that nine out of ten or ten out of ten, it was always a six or a seven, in my opinion, not taking anything away from his in-ring ability. But in terms of it being a character that was compelling or interesting, just, for me, it was never there, and that’s just me and maybe that’s a flaw on my part.”

On how Russo over pushing Jarrett hurt him: “So when you ask me what did I think of it, especially because of the relationship with Russo and Jarrett at this point, he was being shoved down the audience’s throat, they weren’t buying him.”

“This was about as bad of casting as you could possibly come up with, and I think it hurt Jeff. I think over pushing Jeff actually worked against him. If it would have been more organic, if they wouldn’t have tried so hard to get him over, if he wouldn’t have tried so hard to get himself over, he probably would have gotten over more. But man, when you start cramming it down people’s throats.”