Zeda Zhang On Why WWE’s Push Into China Failed, WWE Not Understanding the Culture 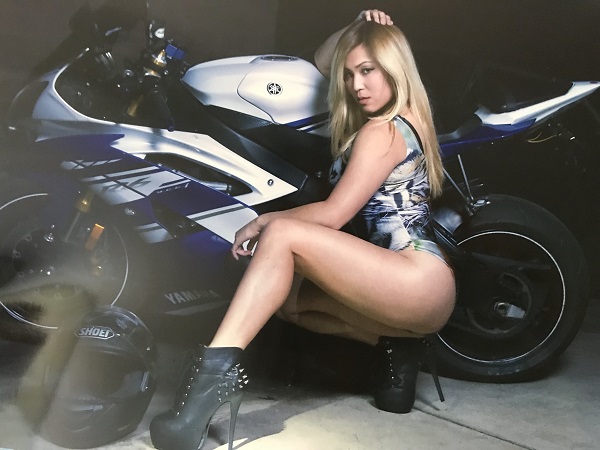 Speaking on the Pro and Bro Wrestling Podcast, Zeda Zhang explained why WWE’s attempts to expand into China failed. Zhang was a big part of WWE’s attempt to court a Chinese audience as part of their international expansion, which included signing the likes of Tian Bing, Zhao Xia, Yifeng, and Big Boa in 2017. Zhang signed with WWE in January of that year and was debuted on NXT in May and got some exposure. However, Zhang recalled that the attempt to gain a foothold in China failed and she, Bing and others were released in 2018.

You can check out the highlights below, ad well as the full video:

On being released from her contract: “Talking to staff there who, you know, handled the behind the scenes stuff. They always say, ‘At the end of the day it’s a business.’ And if they feel like they can’t use you for something or the timing, the market, stuff that you can’t even control, they have to release you. Because it’s like, more money they have to spend, you know. It comes down to that. Because literally, I see the trend. It makes sense.”

On being brought in early for the China expansion: “So the reason why they pulled me in so early, six months early, was because the Chinese were coming. And because I’m Chinese, they wanted to push me with them. But they were trying to get into China at the time, it didn’t work so well. So next thing you know, when we first got there, the first first six months were amazing. Like, we had our own camera crew, they filmed us for promos all the time. We were the only people that had our own camera crew that would film us for content to push to China. And then next thing you know — because hey went on tour over there, it didn’t go over so well — our camera crew is gone. We don’t get any attention, no one’s paying attention to us.”

On why WWE couldn’t break into China: “So it’s really — WWE is trying to get into China because they’re trying to copy [the] NBA and their success over there. But the problem is, they don’t know the culture very well, and there is — like, you’ve got to think about Chinese history with their kung fu and stuff. And when they’re watching wrestling, the style just doesn’t really fit what they like. They feel like, they say ‘It’s too fake.’ You know, they don’t like how it is.

“And when they had their show out there, I guess because it wasn’t TV [taping]s there were a lot of people who were like not trying very hard when they were wrestling. So literally, someone would kick someone and they would be this far away [a long distance]. And so even the fans that where there, they were saying s**t like, ‘Oh, this is so fake, what the f**k?’ You know, they were saying stuff like that. And it’s embarrassing. It’s embarrassing for the Chinese talent that actually got to go over there. They said they went there, they invited their family and their friends. And then having to sit there and hear their own friends and family and all the Chinese audience talk s**t about it, it was very embarrassing for them to be there.”

On the Chinese talent not performing on the show: “It’s that and also China is very prideful of their culture and their country. And so they want to show something that has more than just a Chinese face. And at the time, none of the Chinese people wrestled there, because they were new too. They had just started [at the Performance Center]. So no one actually got and wrestled there … basically it didn’t go as well as they had wanted.”

“And also the Chinese government in general. The guy, the president there [Xi Jinping], he doesn’t like pro wrestling. He doesn’t like WWE, because from what he remembers it — because they used to have WWE in China back in the day. But it was during the Attitude Era. And they’re just like, ‘Oh, this is way too sexual, too whatever.’ They’re very conservative. So he was like, ‘No, we don’t want sex and all this stuff, and cussing.’ So in his mind, he sees it as [that]. Even though it’s changed, he still doesn’t want that.”