Eve Torres on her decision to leave WWE and wrestling 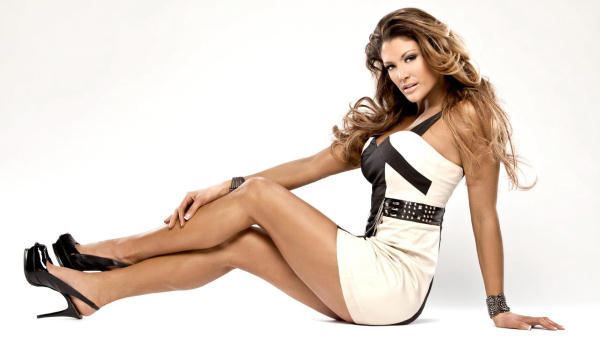 On the latest edition of Ring The Belle, Eve Torres discussed the botched spot where she was mistakenly eliminated from a Battle Royal on RAW that was she was supposed to win by Kaitlyn, as well as her decision to leave WWE and wrestling. Highlights are below.

On the botched RAW Battle Royal where Kaitlyn mistakenly eliminated her: “Sometimes the best stories come from mistakes, honestly. It was basically a botched spot where I was supposed to win and she did, and she won the Battle Royal, and I was in tears afterwards, I was like, ‘Oh my God, I’ve ruined everything!’ But honestly, it created a more interesting story that we then got to, had that not happened, probably would have been a very cookie-cutter women’s title experience, or Divas title at the time. It made it more interesting.”

On what led to her decision to leave WWE and wrestling: “At the time, I honestly felt like there was a ceiling for me that I wasn’t able to break. And we’ve come so far in where the women’s division is now. If you had told me when I was there that women were going to headline WrestleMania, I would have said get out of here, that’s never going to happen. Part of it was just where I really felt like I was being controlled by other things that weren’t just me or my skillset or my work ethic and I didn’t like that, but I also was in a personal time in my life, I was getting married, I wanted to start a family, I was helping my husband’s business, which I’m now a huge part of, kind of overseeing and involved in my family business, and teaching women’s self-defense.”