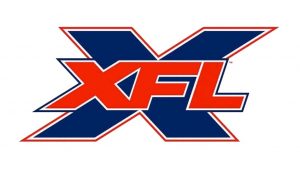 At least one unidentified player from the Seattle Dragons has tested positive for the coronavirus (COVID-19).  The player self-reported symptoms on Tuesday March 10th, and has been quarantined since then.  A positive test was confirmed on Friday March 13th.

Seattle’s last game was in Houston versus the Roughnecks on March 7th.  The XFL is alerting players, staff, partners, and vendors of the Dragons, Roughnecks, and St. Louis BattleHawks, as the unidentified Seattle player participated in the Seattle at St. Louis game on February 29th.

The state of Washington is one of the hardest-hit areas of the United States, in terms of COVID-19 cases.

A vendor who worked at CenturyLink Field, the Dragons’ home field, tested positive for coronavirus on March 5th.

Before the XFL announced the cancellation of the rest of its 2020 season, the plan had been for the Dragons and L.A. Wildcats to play in Seattle on March 15th, with no fans admitted for entry at CenturyLink Field.

Other Seattle sports teams had made other plans in terms of upcoming home games, prior to all sporting events being cancelled or postponed until further notice.  The Seattle Sounders from Major League Soccer had announced the postponement of their March 21st match versus FC Dallas.  Major League Baseball’s Seattle Mariners had announced that their first two home series of the 2020 season would be played at an alternate location.  MLS then decided to suspend their season for 30 days, while MLB has pushed back the start of their 2020 season, originally March 26th, by two weeks.