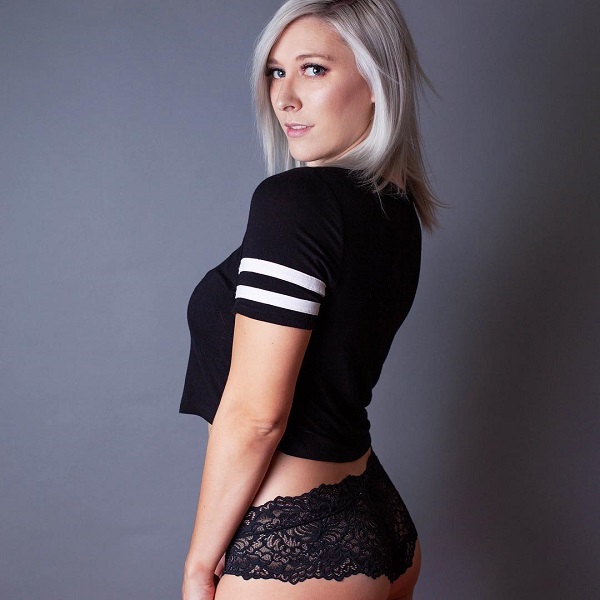 Heather Monroe has a video at the top of her Twitter profile that accurately reflects what the platinum blonde is all about.

“Oh, hi,” Monroe, wearing a bathing suit and sunglasses, says into the camera after taking a sip of her drink. “I saw you there. I just didn’t care.”

Monroe apparently only cares about two things: herself and winning championships. She believes the Ring of Honor Women’s World Title belt would look perfect around her waist.

Known as “The Killer Bae,” Monroe is one of 16 competitors in the tournament to crown a new women’s champion in ROH. The tournament kicks off with eight first-round matches at Quest For Gold in Philadelphia on April 24.

Her opponents would be wise not to underestimate Monroe because of her glamorous appearance and snobbery. She’s a skilled competitor who won’t hesitate to try to rearrange an opponent’s face with a stiff kick or drop them on their head with a bone-jarring Dragon Suplex.

A graduate of the Santino Bros. Wrestling Academy, Monroe made her in-ring debut in 2015.