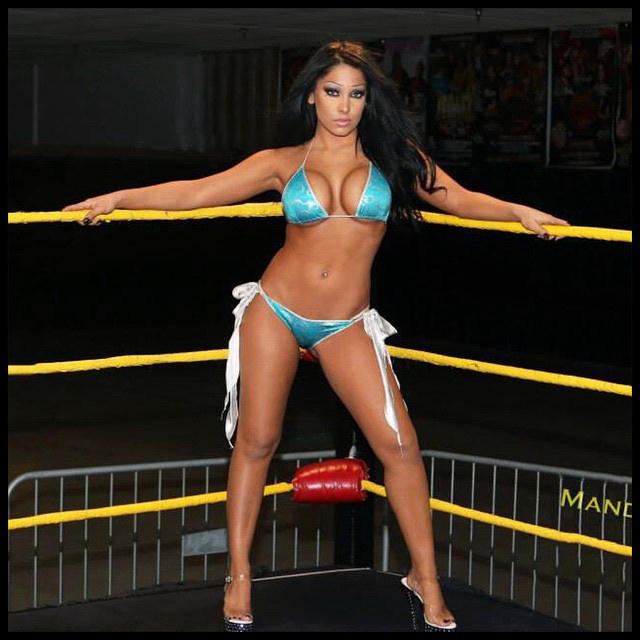 Congratulations to the National Treasure @nickaldis on 500 days as #NWA Worlds Heavyweight Champion!

– The birthday girl is in….

✨Hi Quest For Gold How Are Yaaa?? 🔮✨ 🔥🔥🔥@ringofhonor •Quest For Gold• ROH Women’s World Title Tournament #QuestForGold begins in Philadelphia April 24th at the 2300 Arena Join us in person or streaming for HonorClub! 🎟PURCHASE TICKETS: ROHTICKETS.COM

Mandy Leon has been a key figure in the women’s division in Ring of Honor over the past five years, but championship gold has eluded “The Exotic Goddess.”

As one of 16 competitors in the tournament to crown a new ROH Women’s World Champion, Leon will have a golden opportunity to rectify that. The tournament kicks off with eight first-round matches at Quest For Gold in Philadelphia on April 24.

Love’s partner in The Allure, Angelina Love, was announced as a participant in the tournament last week. They both have claimed it doesn’t matter which of them wins it as long as the title ends up with The Allure.

A graduate of the ROH Dojo, Leon made history in 2015 by competing in the first match in the officially branded Women of Honor division. Since then, Leon’s journey has taken her across the globe, competing with the best in ROH and Japan’s Stardom promotion.

In 2017, she had a strong showing in Stardom’s prestigious 5 Star Grand Prix in Japan, highlighted by a victory over eventual winner Toni Storm.

Has Leon’s time to shine arrived?