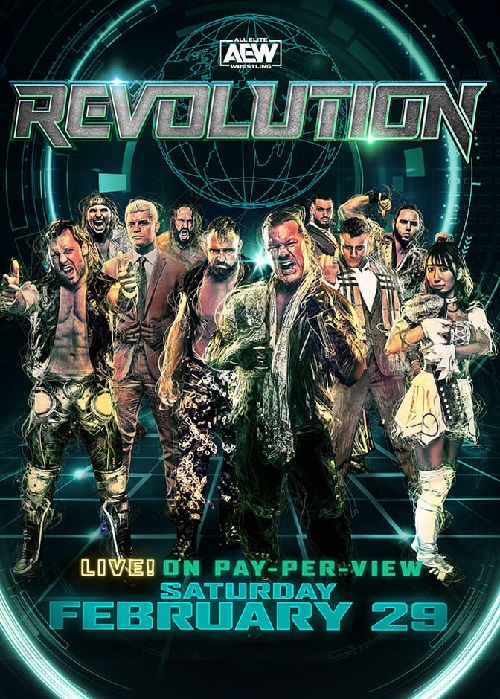 Tag Team Match: Dark Order (Evil Uno and Stu Grayson) (w/Alex Reynolds and John Silver) vs. SCU (Frankie Kazarian and Scorpio Sky)
The Buy In link started streaming late, so when it picks up Dark Order take advantage of the match and double team Kazarian. Grayson slams Kazarian to the mat, but Kazarian comes back and makes it to Sky for the tag. Uno gets into the ring as well, but Sky takes he and Grayson down. Grayson comes back and takes down Sky and Kazarian and Uno gets involved. Uno and Grayson power bomb Sky and Grayson goes for the cover, but Sky kicks out. Uno and Grayson set up for The Fatality on Sky, but Sky gets free. Kazarian gets slammed into the ring steps and Reynolds and Silver try to get into the ring. The referee gets them out, but Uno and Grayson take Sky out with The Fatality and get the pin fall.
Winners: Dark Order
-After the match, Dark Order continues the beat down, but Colt Cabana makes his AEW debut and makes the save. Dark Order beats him down, but then a hooded figure comes to the ramp. Christopher Daniels takes off the hood and then launches into the ring to help SCU and Cabana.

Lexy Nair interviews Jurassic Express backstage. Luchasaurus says they are ready to see Cody get his hands on MJF and will be keeping a close eye on the Darby Allin/Sammy Guevara match to make sure it stays a fair fight.

A video package for The Young Bucks’ book is shown.

Revolution opens with a video package highlighting the matches for tonight’s show. Excalibur, Jim Ross, and Tony Schiavone are on commentary from Chicago, Illinois. Dezirae Schalice sings the National Anthem.

A special episode of Dynamite called “Blood and Guts” will air on Wednesday, March 25th. The event will feature a match with two rings covered by one cage.

The announce team runs down the card for the remainder of tonight’s show.

A video package for the match between Adam Page and Kenny Omega and The Young Bucks airs.

A video package for the match between Nyla Rose and Kris Statlander airs.

A vignette for AEW’s podcast, AEW Unrestricted, hosted by Tony Schiavone and Aubrey Edwards, is shown.

The video package for the match between Cody and MJF is shown.

The video package for the match between Orange Cassidy and PAC airs.

The video package for the match between Chris Jericho and Jon Moxley airs.

AEW World Championship Match: Chris Jericho (c) (w/Santana and Ortiz) vs. Jon Moxley
They brawl around the ring and Moxley delivers a few chops. Moxley clotheslines Jericho to the floor and tosses him into the crowd. Moxley follows, but Jericho throws water in his face. Jericho hits Moxley with a stool, but Moxley comes back and they brawl up the steps. They exchange elbow shots and brawl back to ringside. Jericho hits Moxley with one of the barricades, but Moxley comes back with a double sledge shot. Moxley slams Jericho into the entrance ramp and delivers a few shots. Moxley delivers a few more shots and bites the stitches on Jericho’s face. Jericho comes back and slams Moxley into the ring post and busts him open. Jericho delivers a few shots and power bombs Moxley on the timekeeper’s table. They get back into the ring and Jericho delivers shots to Moxley’s eye. Jericho connects with a double ax handle from the ropes and rings the bell himself. He declares himself the winner and gets back into the ring and stomps away on Moxley. Jericho catapults Moxley into the bottom rope and then slams him into the corner.
Jericho sends Moxley to the floor and slams him into the steps. Moxley gets back into the ring, but Jericho connects with shots and drapes him over the top rope. Jericho goes for the cover, but Moxley kicks out. Jericho delivers a few chops and clotheslines Moxley in the corner. Jericho takes Moxley up top and goes for a suplex, but Moxley blocks it and sends Jericho to the mat. Moxley delivers a clothesline from the top and stomps Jericho in the corner. Moxley goes for a dropkick, but Jericho blocks in. Jericho goes for the Liontamer, but Moxley counters into a heel hook. Moxley takes Jericho out with a dive and then tosses him back into the ring. Moxley goes for the cover, but Jericho kicks out. Moxley goes for the Paradigm Shift, but Jericho shoves him away. Moxley knocks Santana off the apron, but Ortiz hits Moxley with the matte ball. Jericho hits the Lionsault and goes for the cover, but Moxley kicks out. Jericho goes for the Liontamer again, but Moxley counters and locks in the Liontamer himself.
Hager runs to ringside, but Moxley connects with a right hand. Jericho hits the Codebreaker and goes for the cover, but Moxley kicks out. Jericho locks in the Liontamer, but Moxley makes it to the ropes. Moxley drops Jericho with a clothesline, but Hager delivers a right hand. The referee tosses Hager, Santana, and Ortiz from ringside. Guevara gets into the ring and hits Moxley with the title belt and leaves through the crowd. Jericho goes for the cover, but Moxley kicks out. Moxley goes for the Paradigm Shift, but Jericho rakes his eyes and kicks him in the face. Jericho drops his knee into Moxley’s face and sets up for the Judas Effect. Moxley ducks under and delivers the Paradigm Shift. Moxley takes off the eye patch and delivers another Paradigm Shift and gets the pin fall.
Winner and new AEW World Champion: Jon Moxley
-After the match, Moxley says he loves this and it has been one hell of a year. He says AEW belongs to the fans and so does his title win. He says they have brought professional wrestling back to the fans and says he does not have enough words of gratitude for the AEW family. He says it feels like it’s beer-o’clock and says he will take on anybody, anytime, and any place, except right now because it’s time to knock back some whiskey.