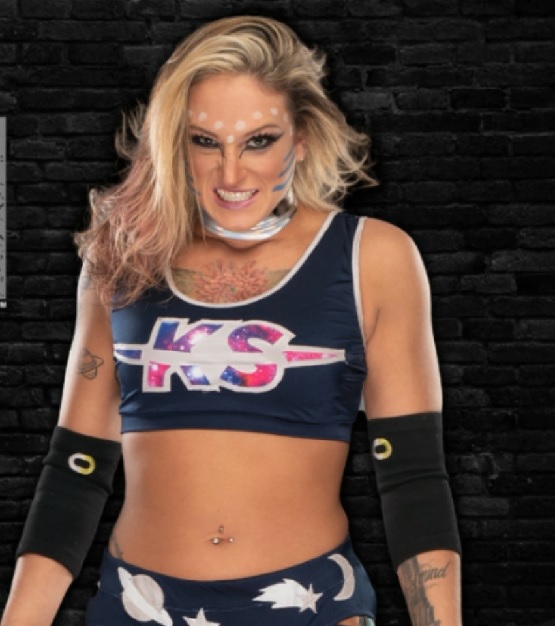 No one in Ring of Honor — male or female — has won as many singles world championships as Angelina Love. That automatically makes her one of the favorites to win the ROH Women’s World Title tournament.

Love, who came to ROH nearly a year ago as a six-time former world champion, went on to win the Women of Honor World Title, and now she’s looking for world title No. 8. She’ll get her opportunity as one of 16 competitors in the tournament, which kicks off with eight first-round matches at Quest For Gold in Philadelphia on April 24.

Love, Mandy Leon and Velvet Sky — collectively known as The Allure — put the ROH women’s division on notice when they stormed onto the scene at G1 Supercard before a sold-out crowd at Madison Square Garden last April. The controversial trio immediately drew the ire of the fans for their repeated sneak attacks and “mean girls” attitude.

However, as easy as it is for fans to hate Love, no one can deny her immense talent. The Toronto native has wrestled all over the U.S. as well as in Europe and Mexico and defeated some of the biggest names in the sport.

Don’t be surprised if the new era in women’s wrestling in ROH turns into “The Age of the Allure.”

Unfortunately Kris Statlander has come down with the flu and Adam Brooks work visa won’t be ready in time so both will be unavailable for tomorrow’s show. We are working on the card changes now. Thank you for your patience and support.

Bar Wrestling 54: Mach 1 is still moving forward and will be held tomorrow (Feb. 27) at The Glass House in Pomona, California.