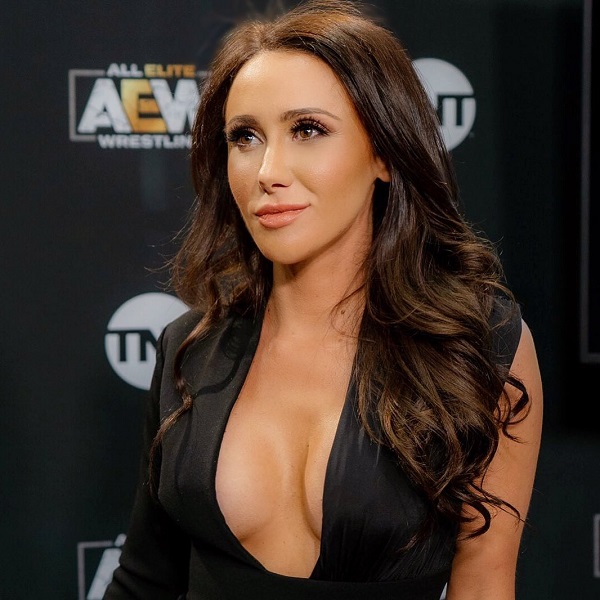 – Sterger received a bachelor’s degree from attending Florida State University. Whilst at Florida State, she and CJ ‘Lana’ Perry became known as some of the FSU Cowgirls
– Sterger posed for Maxim & Playboy while being the spokesperson for Sprint & Dr. Pepper.
– In 2008, Sterger began working for the New York Jets as the Gameday Host for the team.
– Sterger often appeared on ABC’s Race To March Madness
– In April 2010, Sterger began a stint as host of The Daily Line on Versus. The show was cancelled that November
– In 2011, Sterger worked as a reporter for Fuel TV.
– In December 2018, Sterger married former MLB star Cody Decker
– In 2019, Sterger began working for All Elite Wrestling (AEW) in various on-air roles, appearing as Jenn Decker
– In 2020, Sterger quietly left AEW