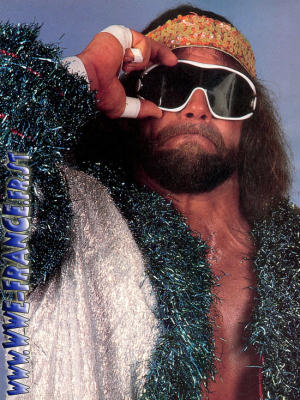 On Randy Savage being ‘on fire’ when he arrived in WCW:

“When Randy came to WCW, he was on fire. Keep in mind, he was told by Vince McMahon, and I’m paraphrasing this, I wasn’t there, I didn’t hear the conversation, I’m referring to a conversation that I had with Randy, where Randy told me what Vince said, so I want to make that clear. But according to Randy at the time, Vince made it clear to him that Randy’s days in the ring were over, that they wanted to go younger, they meaning Vince, and that Randy should embrace a career as a color commentator.

And for those who really know Randy, not just the way we think we do on camera, but for anybody who really knew Randy Savage, that lit a fire under him like none other, and all he wanted to do when he got to WCW was contribute and work. He was so not concerned with politics, or creative, he just wanted to bust his balls and prove a point, not just to me or to WCW or to Turner, but I think he wanted to prove a point to Vince McMahon.”