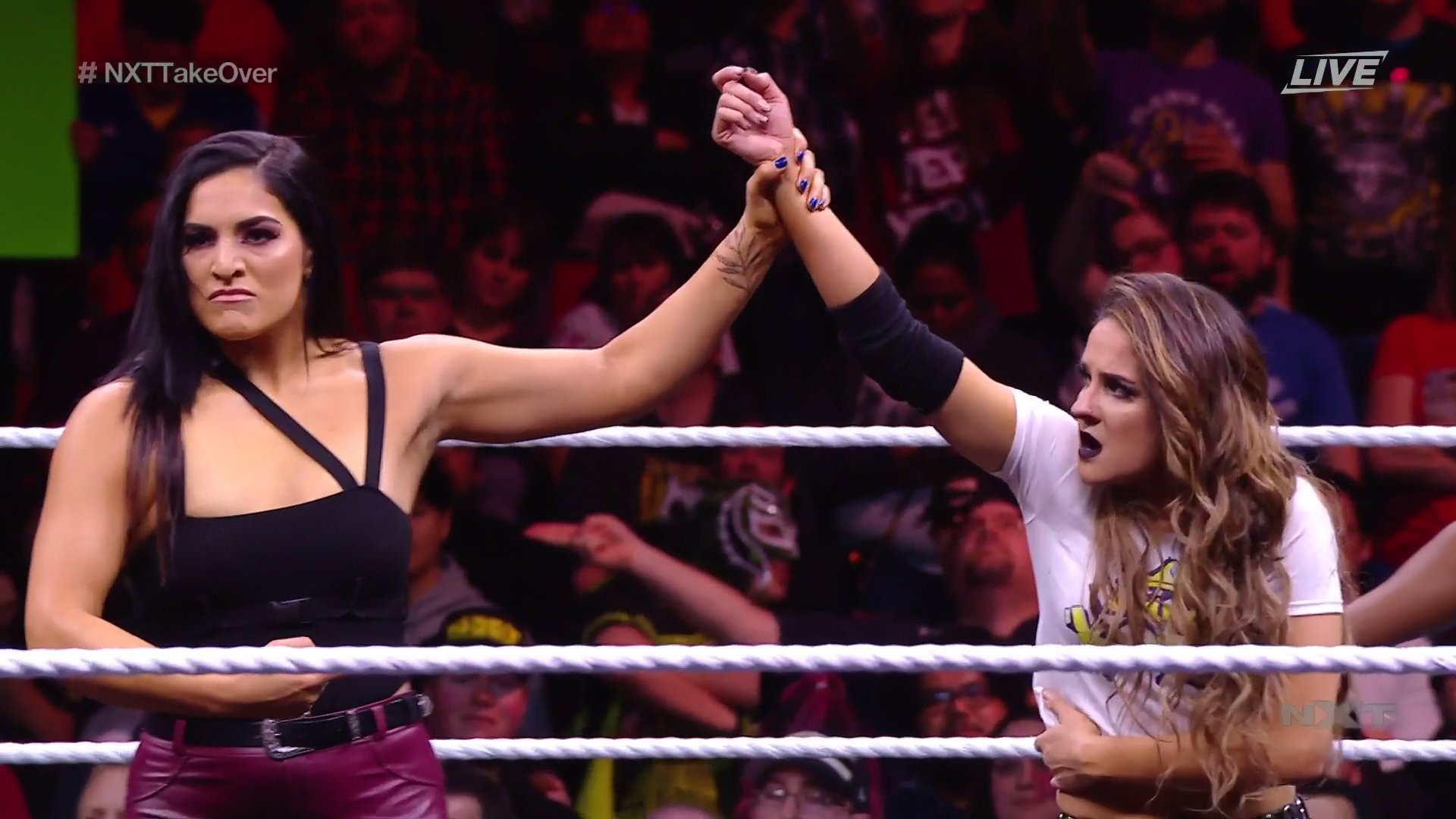 Gonzales showed up towards the end of the match and bumped Tegan Nox from the top rope and on a table set up in the ring. The spot was supposed to break the table but Nox’s weight wasn’t enough to break it despite the impressive move. After Kai pinned Nox, Gonzales helped Kai and raised her hand in victory.

The Texan, who participated in both Mae Young Classic tournaments in 2017 and 2018, has been signed to a WWE deal since 2016 and has made her fair share of NXT televised appearances under her previous name Reina Gonzales.