Monday Night RAW Still On For Tonight Despite Utah Snowstorm 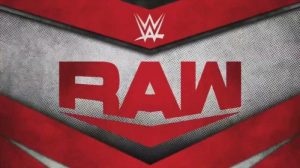 Tonight’s Monday Night RAW from Salt Lake City is still on as scheduled, according to an unnamed spokesperson for Vivint Smart Home Arena.

“WWE is still happening,” the spokesperson said. “I have not heard of any road closures but I will check with our public safety team.”

Tonight’s RAW is the first televised event in the state of Utah in over a decade.  But Salt Lake City is under a Winter Storm Advisory until 10 p.m. local time tonight, and numerous schools and state offices were either closed today or opted to close early.  Nine inches of snow had been reported at Salt Lake City International Airport.  As of 1:00 p.m. MST (3:00 EST), the Utah Highway Patrol had investigated 211 crashes within the state.

Salt Lake City this little storm is all you got … we are the WWE you got to get a bigger storm #showmustgoon #raw #lifeelavated #SLC #Grateful pic.twitter.com/GDMRAI0Xs4