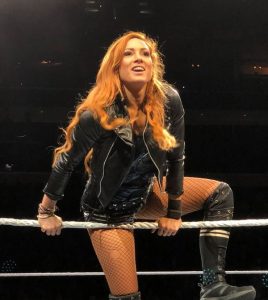 Happy birthday to “The Man!”

1980 – Curt Hennig begins his professional wrestling career in the American Wrestling Association (AWA). Hennig would leave AWA in 1982 to join the WWF.

1993 – Steve Regal, having just recently moved to the United States, makes his WCW debut in a backstage segment, on this evening’s episode of WCW Saturday Night.

2000 – During halftime of Super Bowl XXXIV (Rams vs. Titans), Jim Ross interviews Stone Cold Steve Austin on Halftime Heat, on USA Network. The interview centers around the condition of Austin’s neck and the surgery completed two weeks earlier, and Stone Cold’s future in the WWF. The neck injury was said to have occurred after Austin was run down by a car at Survivor Series two months earlier; in reality the injury occurred after taking a pile driver at SummerSlam 1997. After the surgery mentioned above, Austin would be on a nine-month rehabilitation.

2015 – Maximo defeats El Terrible, to win the CMLL World Heavyweight Championship. Maximo holds the title until he is fired by CMLL on May 22, 2017 – a span of 843 consecutive days as champion.

2019 – At the taping for the February 20th episode of NXT, Velveteen Dream defeats Johnny Gargano, to win the NXT North American Championship.