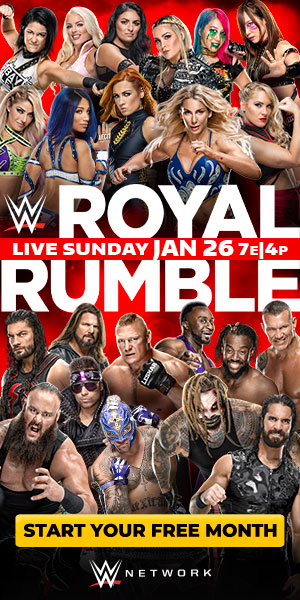 It was previously reported that WWE announced an attendance of 42,715 people for the Royal RumbleRoyal Rumble, but the Wrestling Observer Newsletter reports that it was actually less than that. The actual number, according to Dave Meltzer, was 36,000. Some people were turned away at Minute Maid Park on the day of the show and it was still a sellout. Even lower than reported, it will still likely be the highest attendance for a WWE show this year other than Wrestlemania. It is behind Wrestle Kingdom 14 and the six sessions of hte NCAA tournament at US Bank Stadium in Minneapolis.

Interest in general for the Rumble was down from last year. There were 500,000 Google searches, which is said to equal about 125,000 to 230,000 PPV buys if WWE were still exclusive to PPV. That’s much lower than any other modern Rumble prior to the WWE Network.

Searches for the Rumble were only 4% of the amount of searches for Conor McGregor’s fight eight days prior. It was down by a large amount from previous years when it was one of the most-searched topics of the day, and did around half of what would be expected. It’s believed this could be, in part, due to Kobe Bryant’s death being reported only a few hours before. As you would expect, the passing of the NBA legend took over the news and people’s attention. The Grammy Awards also may have played a role.

Overall it did four percent of the searches of the Conor McGregor fight eight days earlier and was way down from prior years when it would be among the most searched topics of the day and did maybe half of what such a show would be expected to do. Perhaps some of that was due to Kobe Bryant’s death being reported just a few hours before the show and as far as the general public was concerned, they weren’t going to care about anything else. It failed to crack the top 20 for the day, but with Bryant and the Grammy Awards, the top 20 cut off at just over 50,000. Searches related to Bryant and the helicopter crash topped 57 million, an unheard of figure, and the Grammys topped 13 million.