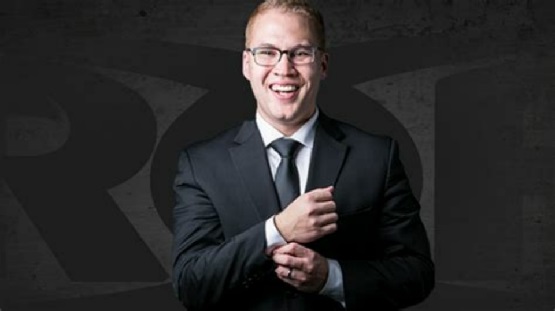 – Riccaboni graduated from New York University (NYU) in May 2009 with a bachelor’s degree in Media & Communications. He was also the class president and received the President’s Service Award.
– Riccaboni would then graduate from the University of Pennsylvania (UPenn) in May 2010 with a master’s degree in Education Management.
– Riccaboni has been full time contributor to the USA Today award winning blog Phillies Nation. He would later appear on the show Phillies Nation TV.
– Riccaboni also wrote a book titled The 100 Greatest Phillies of All Time that was released on September 15, 2015.
– Riccaboni began his career in wrestling by interviewing The Blue Meanie about Phillies related things and they decided to do the interview at The Monster Factory where MFPW is held. He would meet the owner Danny Cage and therefore have his feet in the door.
– Riccaboni called his first ROH match on January 3, 2015 after Kevin Kelly & Bob Evans asked Riccaboni to try out for ROH.
– May 2015, Riccaboni made his TV commentating debut during a Global Wars taping.
– Riccaboni’s first PPV was ROH 15th Anniversary show alongside Kevin Kelly & Colt Cabana.
– 2018, Riccaboni was on of the many commentators to commentate the ALL IN event.
– December 15, 2018, Riccaboni & Colt Cabana was awarded the 2018 Broadcast Team of the Year from Bill Apter.
– April 6, 2019, Riccaboni, Kevin Kelly & Colt Cabana called G1 Supercard, the first non-WWE wrestling event to be held at Madison Square Garden since 1960.
– December 23, 2019, RetroSoft Studios announced that Riccaboni & Colt Cabana will be providing commentary for the 2020 videogame RetroMania.