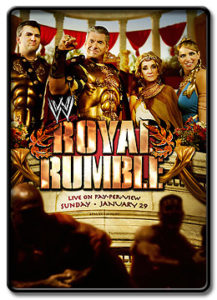 1989 – Lioness Asuka defeats Chigusa Nagayo, to win the vacant WWWA World Championship. Asuka had won the championship in August 1988, but refused to accept the title since Nagayo was injured. The title was declared vacant until this rematch.

1994 – On WWF Superstars, which was taped January 12th, Bob Holly begins his second stint in the WWF with a new name – Thurman ‘Sparky’ Plugg.  In the second match on the show, ‘Sparky’ would pin The Brooklyn Brawler.  Holly’s WWF debut was in March 1991 as a jobber; his only match (with tag team partner Mike Sample), was a loss to The Bushwhackers.

1996 – In the Monday Night Wars, WCW Monday Nitro (2.8 TV rating) beats WWF Monday Night RAW (2.4 rating).  The Road Warriors (Hawk & Animal) made their return to WCW after almost six years, defeating the Faces of Fear (Meng & The Barbarian).  In a dark match prior to Nitro going on the air, Konnan defeated One Man Gang, to win the WCW United States Championship (aired on the February 4th edition of Main Event).

2009 – The Associated Press reports that Dr. Phil Astin, age 54, pleaded guilty to a 175-count federal indictment, charging him with illegally distributing prescription drugs, and conspiring to distribute prescription drugs. Dr. Astin had been the doctor treating and prescribing drugs to Chris Benoit, at the time of the Benoit murder-suicide in June 2007. Astin is sentenced in May 2009, to ten years in prison.

2018 – It is announced that The Dudley Boyz (Bubba Ray & D-Von) are the latest inductees into the WWE Hall of Fame. Also, ‘The Coach’ Jonathan Coachman returns to WWE, as a commentator on Monday Night RAW. ‘Coach’ had left WWE in 2008 and had spent the next nine years working for ESPN.