Moose Hopes to Show a More Fun Side of His Character 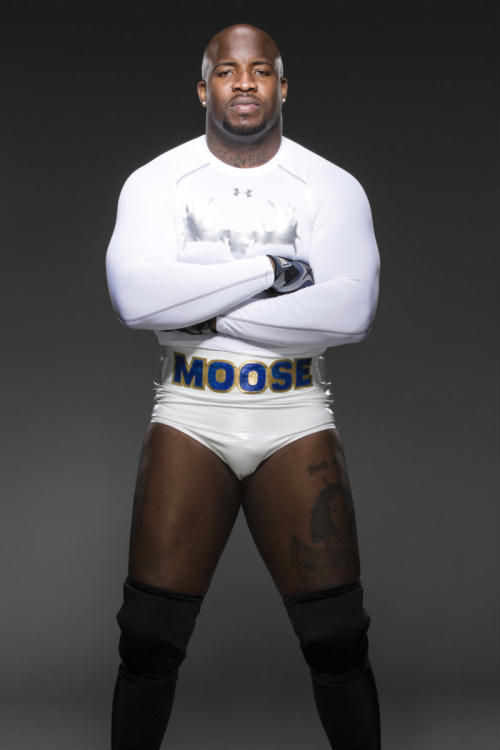 Impact Wrestling talent Moose spoke to reporters during a recent Hard to Kill media event (via WrestlingInc.com). Below are some highlights.

Moose on his evolution in Impact Wrestling: “When I first started with Impact, I was comfortable with what I was doing before. It was easy and it got to a point where I talked to some of my mentors and they told me if I wanted to take that next step then this is what I needed to do. I have so much more to give to pro wrestling that the old Moose wasn’t doing. My new attitude just shows how much charisma I have. I get to talk a bit more on the mic and it shows my presence in the ring and my swag. So I felt like it was the right move for me to make to grow as a professional wrestler.”

Moose on how he wants to be more than just a ‘tough guy’: “I think me, Quinn Ojinnaka which is my real name, is a really fun guy to be around. I’m a fun guy like Kawhi Leonard says. People like to be around me and I’m charismatic. I felt like when I first got to Impact I was trying to be this tough guy and I’ll kick your ass. I feel like wrestling in 2020, everybody is a tough guy. One thing I’ve been doing lately is going to the archives and watching old wrestling from 1990-92 and there wasn’t a lot of tough guys. There were a lot more characters and there’s not a lot of character-driven guys in wrestling in 2020. That’s one thing I told myself – I don’t wanna be a tough guy anymore. I don’t wanna be an ass-kicker or a, ‘Oh look at me, I’ll powerbomb you.’ I don’t wanna be that guy. I wanna show personality and be fun and show swagger. That’s pretty much what my whole evolution was.”

Moose on his goals for 2020: “Every time I step into the ring I want to be better than the last time I was out there. That’s my mindset right now. I know there’s guys that will go, ‘Oh, I wanna be champion this year.’ I don’t like making those kinda goals because I feel that if you’re the world champion and a crappy, sh*tty wrestler, then what does that do? Every time I go out there I wanna be a better wrestler and performer in the ring than I was prior. So, that’s always my goal.”