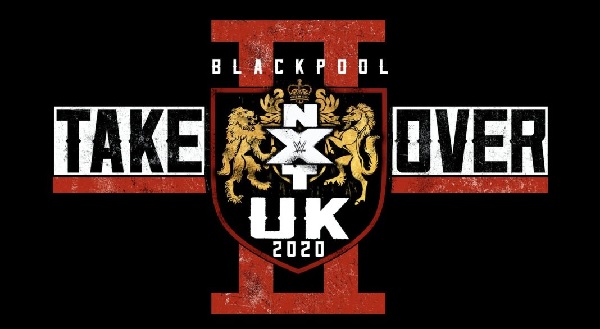 Andy Shepherd, Tom Phillips, and William Regal host the NXT UK TakeOver: Blackpool II Preshow. Regal talks about how much it means to him to be back in Blackpool, and then they run down the card for today’s show.

Piper Niven, Toni Storm, and Kay Lee Ray are shown arriving to the arena, and then the video hype package for the Triple Threat Match for the NXT UK Women’s Championship airs. Regal says he can see some of his same qualities in Ray and that is sometimes the mentality that wins the battle. He says most people would say that is a bad thing, but not him. Phillips says it is a concern that Storm has a title match against Rhea Ripley at Worlds Collide, so her focus is not fully on tonight’s match. Shepherd says Niven has worked hard to get herself into position for a title match and Phillips says Niven seems like the only one who is fully focused on the match.

Trent Seven and Eddie Dennis are shown arriving to the arena. Regal says Dennis is a cerebral competitor and he can look into the eyes of the devil when he looks at Dennis. He says Dennis wants to make a statement against Seven. Phillips says this is a must-win match for Seven.

The video hype package for the Fatal Four-Way Ladder Match for the NXT UK Tag Team Championship is shown. Gallus defends the titles against Grizzled Young Veterans, Mark Andrews and Flash Morgan Webster, and Imperium. Regal says ladder matches can be career shortening and he was only in one in WWE. He says it is not a nice match to be in, but he understands why Johnny Saint made the match. Phillips says ladder matches can also make careers and Regal says he is ready to see what the men will put themselves through to win the titles.

“I Can Dx What I Want” by Scarlxrd is the official theme song for NXT UK TakeOver: Blackpool II.

Regal says there is no better atmosphere than Blackpool and Phillips says he is ready for his first UK TakeOver. The crew runs down the card once more and then Imperium is show arriving to the arena. The video hype package for the WWE United Kingdom Championship Match between WALTER and Joe Coffey is shown. Regal says WALTER’s attack on Coffey one year ago has stayed on Coffey’s mind. He says he is looking forward to see the two heavyweights go at it. Phillips says Coffey is going to bring a much more physical fight than WALTER has seen in NXT UK. Regal says they will match strike for strike and it will be an incredible match.

The show opens with a video hype package for tonight’s show, hyping the matches. Nigel McGuinness and Tom Phillips are on commentary for the show.

Gallus is shown backstage gearing up for their respective matches.

The video hype package for the Triple Threat Match for the NXT UK Women’s Championship is shown.

Imperium is shown backstage gearing up for their respective matches, while Travis Banks is shown watching the show from ringside.

The video hype package for the match between Jordan Devlin and Tyler Bate is shown.

The video hype package for the Fatal Four-Way Ladder Match for the NXT UK Tag Team Championship is shown.

Ridge Holland is shown watching the show from ringside.

The video hype package for the WWE United Kingdom Championship Match between WALTER and Joe Coffey is shown.