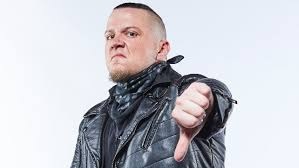 We kick off our 3rd decade of Wrestling Epicenter interviews (we started in 2002) with a guest we’ve grown familiar with but in a very positive way. He is the new Impact Wrestling World Heavyweight Champion and his recent 4.2 million views for his backstage brawl with Tessa Blanchard proves he indeed is “The Draw”, he is Sami Callihan!

Sami joins us to discuss his upcoming weekend of matches with Tessa as he and oVe take on Tessa’s team at Impact’s Brawl at the Berwery 2. Then, on PPV, Sami defends the Impact World Title against Tessa Blanchard, a rematch of their 2019 Match of the Year winner from Slammiversary, at Hard to Kill!

Impact Wrestling presents Hard to Kill on pay-per-view from the Bomb Factory in Dallas, TX on January 12th. For more information, visit www.ImpactWrestling.com.

Check Out our January 2020 Interview with Sami Callihan!

On winning the Impact Title on the debut episode on AXS TV:
“It’s not just cool. It is something that should have happened years ago with other companies. I’m a guy that should have been in the forefront of a company a long time ago but, you know, people like me don’t always get to be the face of a company. Now I’ve changed the professional wrestling for the better.” He alborates, “A 5’8 white guy from Ohio. You don’t want that to be the face of your wrestling company. You want a guy like Brian Cage or you want Moose. But, the one thing I have that they don’t have is I connect with the people and I’m the most watched thing on all of Impact Wrestling.”

On if he expects his Hard to Kill match with Tessa to be the 2020 Match of the Year:
“I think any match I step in the ring for in 2020 could be the match of the year. It doesn’t matter if it is against a broom! I’m one of the best professional wrestlers that there is today. Tessa Blanchard should be thankful because I’m going to make her famous.”

On his backstage brawl with Tessa being watched by over 4.2 million people on Facebook:
“That’s why I’m the Draw! I’m the most watched thing on Impact Wrestling. Some people might say, “Oh no! That’s Tessa Blanchard!” Well, it takes 2 to tango! It seems to me everything I set my hands on in Impact Wrestling turns to absolute gold.”

On if other female wrestlers would be able to compete with the men in Impact:
“I don’t like all this, “Oh, she’s a female wrestler. Oh, he’s a male wrestler.” At this point, it is not intergender wrestling. It is just professional wrestling. I think Impact Wrestling has proved that better than anybody else. I think the Knockouts could get in the ring with the men and go blow to blow and absolutely kill it.”

On what Knockouts would be a good challenger for his Impact World Title:
“Taya (Valkyrie), Jessicka Havok, Jordynne Grace, and Rosemary. That’s 4 right off the top of my head!”

On returning to the heat of the Brawl at the Brewery venue for Brawl at the Brewery 2:
“It has got to have been one of the hottest places that I’ve ever had to wrestle. Thank God we’re going back in the winter when it probably won’t be as hot. But, it has got to be one of the top 5 hottest places I’ve ever wrestled. It was extremely brutal. The air was so thick, you couldn’t breathe! And, I’m going toe to toe with a legend in RVD so you’ve already got that working against you. It was a hard night for everyone!”

On Brawl at the Brewery 2 as oVe takes on Tessa and company:
“Yeah! Myself and oVe get to destroy Tessa Blanchard 2 days before I get to destroy her on pay-per-view!”

On Madman Fulton coming into his own in Impact with oVe:
“100%! He didn’t fail NXT, NXT failed him! He’s a guy with unlimited potential. He’s an absolute moster. I’m glad we were able to get our hands on him and show him what he’s capable of. Now, the world is his oyster and he could become one of the biggest wrestling stars on the entire planet.”

On taking a jab at “A Little Bit of the Bubbly” and the state of wrestling in 2020:
“Everyone wants to be against each other but in reality, this is the greatest time to be a wrestling fan because there are so many alternatives. And, everyone’s winning! People can shit on WWE but they’re still making a ton of money and they still have a lot of eyes on them just as Impact, just as AEW, just as any other wrestling company on the planet today. Everyone wants to be against each other. Everyone’s a critic. Everyone has a podcast. And, everyone thinks they’re a wrestling expert. At the end of the day, it just doesn’t work like that.”

On the overly critical wrestling fans on social media and “cancel culture”:
“Yeah, at the end of the day, you can just change the channel and watch something else! It’s not just wrestling. It is all television and movies… It is any form of religion, any form of politics. Everyone wants to bitch and complain and fight about it instead of just enjoying what they enjoy and hating what they hate.”

On main eventing his third Impact PPV in a row:
“Three pay per views in a row that the Draw is the main event. There’s a reason for that! Everything I touch on Impact Wrestling is the most watched thing on the show so why wouldn’t I be the main event?”