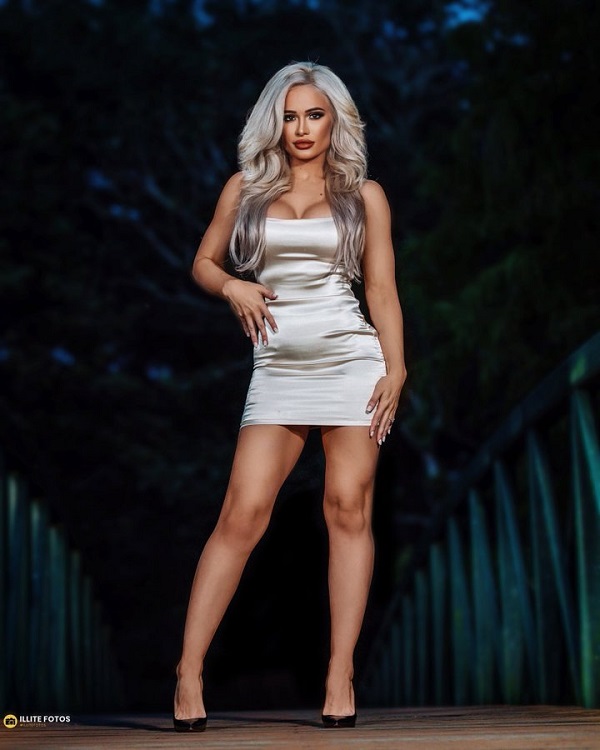 – Born in Illinois, Chihaia moved to Romania and lived there until age 4, before returning to the US
– Chihaia graduated from Columbia College Chicago with a major in musical theatre and would go on to train as a mezzo-soprano singer before turning to wrestling
– Chihaia made her debut as ‘Scarlett Bordeaux’ on April 27, 2012, defeating The Angel at a CSW event in Countryside, Illinois
– In October 2012, Bordeaux began competing for OVW, but would be out of the company by December
– Bordeaux debuted for Ring Of Honor at their 11th Anniversary Show in March 2013, valeting for The House Of Truth
– Bordeaux made her ROH in-ring debut on March 3, 2013, losing to Athena in a 4-Way Match also involving MsChif and Cherry Bomb
– In early 2014, following the breakup of the House of Truth, Bordeaux became a ring announcer for ROH
– Bordeaux competed at TNA Knockouts Knockdown 2014, losing to Angelina Love
– Bordeaux (simply as ‘Scarlett’) made a one-off appearance on the Decemebr 26, 2016 episode of Raw, losing to Nia Jax
– In late 2017, Bordeaux travelled to Japan to compete for the Stardom promotion
– Bordeaux debuted for Impact wrestling on July 26, 2018 as ‘The Smoke Show’
– On March 16, 2019, Bordeaux defeated Miss Jasmine in the first round of the ECWA Super 8 Chickfight Tournament, winning the ECWA Womens Title in the process. She would go on to lose the title to Gabby Ortiz in the semi-final.
– At Rebellion 2019, Bordeaux defeated Rohit Raju
– In May 2019, Bordeaux requested her release from Impact Wrestling, which was granted in June
– In September 2019, Bordeaux attended a WWE tryout and was announced as having signed a contract in November
– Scarlett (having dropped her last name) debuted for NXT on May 6, 2020 as the valet to Karrion Kross
– Scarlett did not accompany Kross upon his promotion to the main roster
– On November 4, 2021, Scarlett was released by WWE
– On June 11, 2022, Bordeaux defeated Rachael Ellering & Savannah Evans to win the MORE Queen of the Diamond Title
– Bordeaux debuted for MLW at the Battle Riot IV event
– Scarlett returned with Karrion Kross to WWE on the August 5th, 2022 edition of Smackdown