Sports Illustrated is reporting that Cody Rhodes will introduce Arn Anderson as his new manager this coming Wednesday on the first episode of Dynamite of 2020.

Anderson, who with the Four Horsemen had a long feud with Cody’s father Dusty in the NWA, came to Cody’s help at the All Out pay-per-view this past August when Cody was wrestling Shawn Spears and Spears had Anderson’s ex tag team partner Tully Blanchard as his manager. On that night, Anderson came out and delivered his trademark spinebuster on Spears, helping Cody win the match.

Arn Anderson was fired from his producer role with WWE in February after apparently letting Alicia Fox wrestle during a house show while she was intoxicated. Anderson was in charge of the show that day and the axe fell on him. 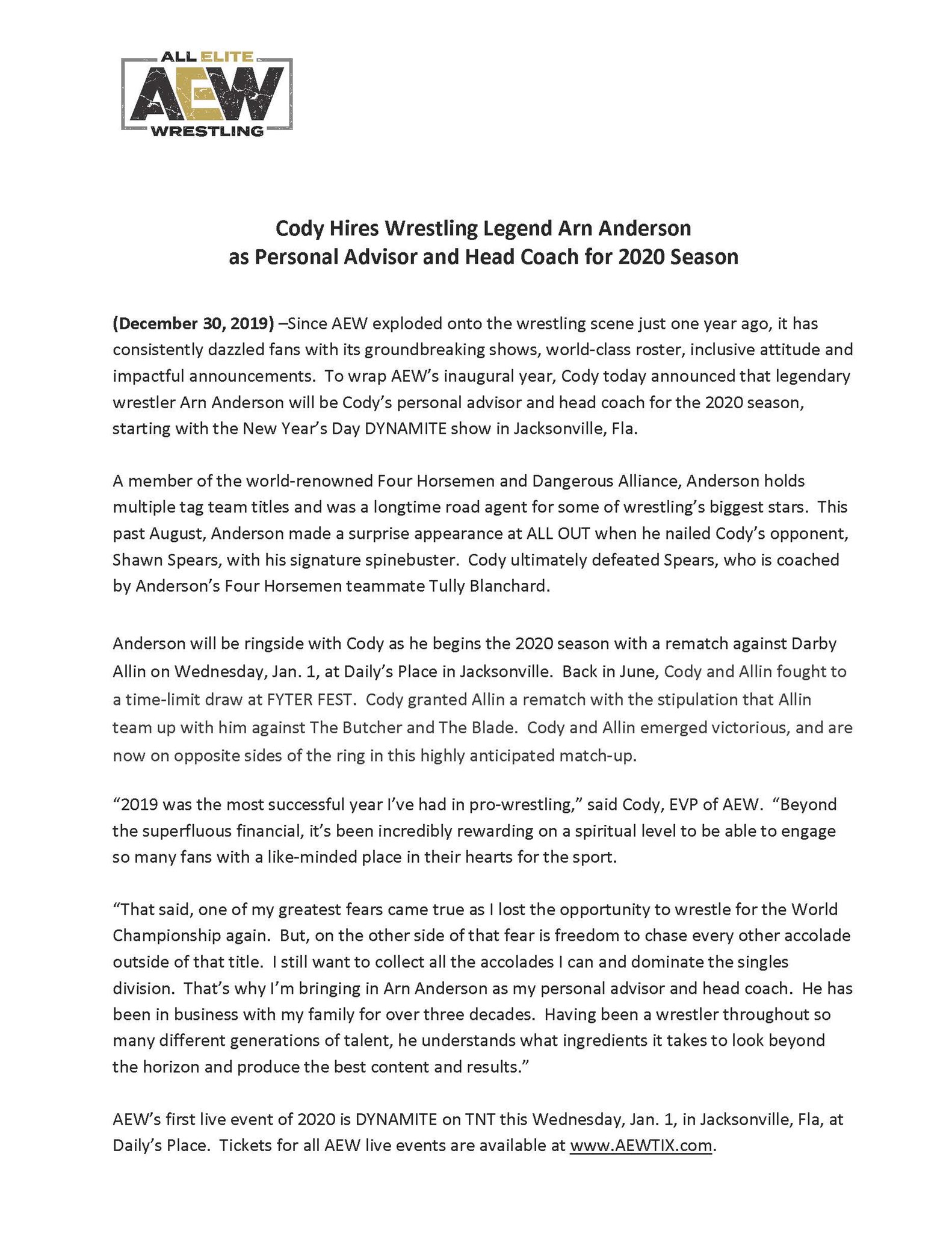