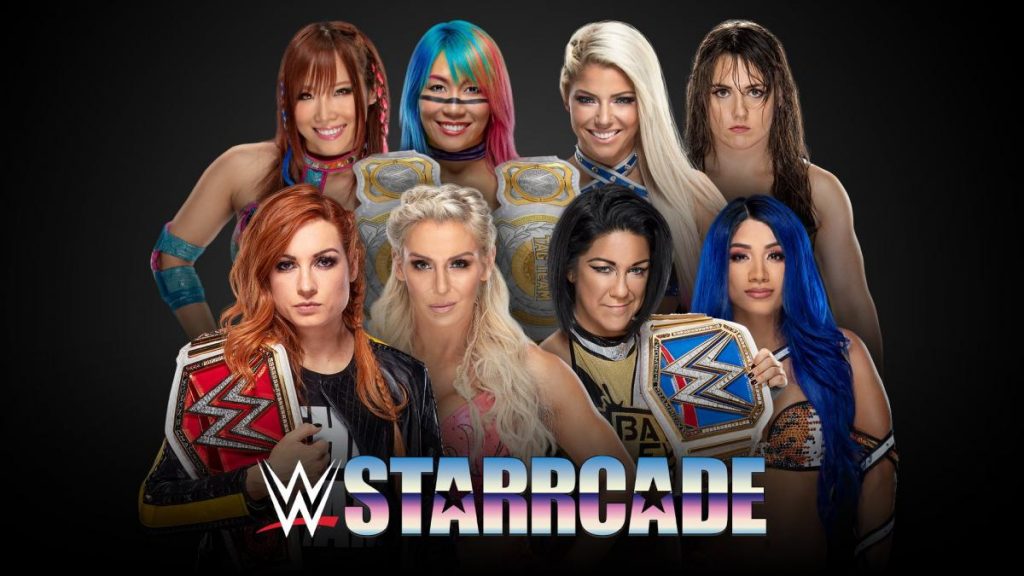 WWE will be holding its third Starrcade special event live tonight from the Infinite Energy Arena in Duluth, Georgia. A one-hour live broadcast from the event will air on the WWE Network starting at 7PM ET. The card is as follows:

Bray Wyatt vs Braun Strowman for the Universal title; Shinsuke Nakamura vs The Miz for the Intercontinental title; The New Day vs The Revival for the Smackdown Tag Team titles; The Kabuki Warriors vs Becky Lynch and Charlotte Flair for the WWE Women’s Tag Team titles in a Texas Tornado match; Roman Reigns vs King Corbin; Rusev vs Bobby Lashley; AJ Styles vs Kevin Owens; Seth Rollins vs Randy Orton; and Kevin Owens with the The Kevin Owens Show with special guest Ric Flair.

WWE resurrected the Starrcade name three years ago for the post-thanksgiving non-televised live event. The pay-per-view was a staple during the NWA/WCW era and was the company’s biggest pay-per-view of the year.