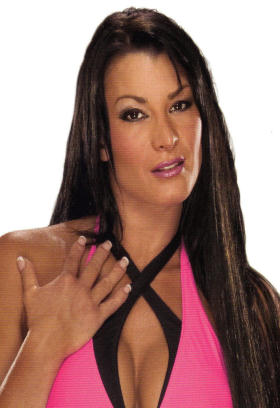 Victoria talked about why she asked for her release from WWE in January 2009 on the latest episode of Chasing Glory, saying she was impacted by the negative reactions she was getting from fans, and why she decided to sign with TNA a short time later. Highlights are below.

On why she decided to leave WWE: “Because I still loved the business and I didn’t want to be the bitter vet, that leaves going, crapping on them. I wanted to leave still happy and loving what I did. I didn’t know I was going to retire, I never said retire because you never say retire in wrestling. Look at Ric Flair, obviously. When you walk to the cars after the show, the fans are at the cages, the fence, and they want to get their glimpse of the wrestler, and they’re going, ‘Are you serious? I can totally tell you helped that girl in this move.’ They stopped believing in my character. They were like, ‘How did you lose to this.’ I understand what my job was, to get the other girl over as a heel. I would have loved to be a trainer. I wish I would have said could I just train the girls like what Fit Finlay does. But I was like, the fans are not believing this and I was like, walking out back, just ashamed, like I’m going ‘Wow, I’m not giving my all, this is not me.’ It was just getting to me and I went to talk to Vince, Johnny Ace, and Stephanie, and said I would like to ask for my release, I have two more years, but I don’t know what I want to be when I grow up. I really, really was lost, I was like, maybe I need to spend more time with the family, to work on the marriage. I didn’t know. Because you’re still a big kid, we’re wrestling, you’re a big kid out there getting to play. And I said, ‘I want to leave loving the business, and I still love it,’ and Vince says, ‘Anything you want. Is there anything we can do for you?’ And I said, ‘Just one last match,’ and it was with Michelle McCool, and I remember her pinning me, and her saying ‘I love you.’ And that’s what closed the door. And then coming backstage, the most awesome standing ovation from all the boys and all the agents and stuff like that. It’s like, ‘Oh my God, they watched.’ I was kind of a little surprised. But it was time. I really did, I was like, happy with my decision, I wasn’t bitter. I still loved wrestling, do you know what I mean? You don’t want to get fired, it’s always awful, getting released, something like that, because then you’re gonna be bitter. And I felt like I did what I did, I gave my all, I didn’t care who I lost to, but when the fans start shitting on me, it’s not a good feeling. They’re going, ‘Oh my God, why’d you turn good guy.’ And I’m like, ‘Wasn’t my decision.’”

On why she signed with TNA: “It was on my 90 day no compete clause with WWE, the day of that, Red Rooster, Terry Taylor, called me and they wanted me to come to TNA, and I had been watching TNA because Gail Kim is a good friend of mine. They were having kick-ass, killer matches, girls were main-eventing, and it was like, they were not all super skinny and stuff like that, they were just unusual looking. And I was like, ‘Wow, I never wrestled any of those girls.’ So I was kind of intrigued by it. It wasn’t shitting on WWE, it was just another opportunity. I went there, half the pay, way less than half the pay that I was getting in WWE. It wasn’t for money, it wasn’t for ego. I still loved wrestling. And I was like, ‘Oh, there’s ODB, there’s Awesome Kong, there’s the Beautiful People, Daffney,’ and I was like, I’ve never wrestled these girls. So it was just another place to do what I love, was wrestling. It wasn’t out of my system. I just didn’t like the company. I didn’t like the girl that ran it. The girls were amazing, the talent was amazing, pay sucked, catering was like, ‘Oh my God.’ Shepherd’s Pie was one of the days. And then Taco Tuesday was one of the days. And I’m like, ‘Do you guys realize what we have to wear out there? And you’re feeding us this crap? It’s going to get us sick, and it’s fattening, and we have to wear skimpy outfits.’ The talent was amazing, but, WWE, it’s where it’s at.”