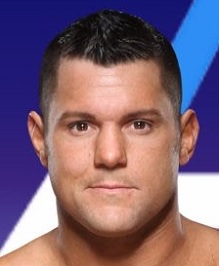 Eddie Edwards dawns the cowboy hat as he becomes “Cowboy” Colt McCoy – No relation to the Washington Redskins’ quarterback, as Impact Wrestling goes old school and IPWF Throwback Throwdown on AXS TV! This fun trip back in time to studio wrestling such as IWA International Pro Wrestling (proving the concept of initials was loose at best in 1975), Memphis, and Georgia Wrestling sees Impact pay tribute and maybe have a little fun with the pro ‘raslin’ we all were raised on with the modern stars of Impact Wrestling we love today… Just, you know, a little different!

Eddie also discusses his feud with Tommy Dreamer from last year and how much he has learned from Tommy through the years, his recent feud with Ace Austin and their fun segments, as well as his take on Tessa Blanchard challenging his former rival Sami Callihan at Impact Wrestling’s January pay-per-view Hard to Kill.

To listen, visit www.WrestlingEpicenter.com. A text transcript of the interview is below. If you use this content, please credit our site and link back. Thank you!

On Throwback Throwdown next Tuesday on Impact:
“You said it right there! It was fun! It was a lot of fun for us. It is like we were sent back to the 80’s! You’re going to tune in on AXSTV and you’re going to see it – It is like a studio set up with different characters. I am the “One and Only” “Cowboy” Colt McCoy! It was fun taking part in it. I think it was fun for the fans (live) and I think the fans watching it on TV are going to have fun checking it out.”

On if it is at all to take shots at other shows:
“People need to relax. No, there was no malicious intent. People were just there to have a good time. It was on the booms for a while. It wasn’t made to get anybody mad. (laughs) It is just an homage to wrestling in the 80’s.”

On Impact now being on AXSTV:
“For sure, it is an exciting time for Impact. It is an exciting time for pro wrestling in general! We’ve been wanting this for a while now and now the time is here. So, now, it is put up or shut up. We’ve been asking for this chance. Now we have the chance to show what Impact is all about. You’re going to find something you enjoy whether it is the women, the inter-gender stuff, the high flying, the hardcore… This is our chance to say this is Impact Wrestling, check it out or be left behind!”

On his feud with Tommy Dreamer last year and if he learned from him:
“It is always great working with Tommy both inside the ring and outside the ring. He’s done so much for me outside the ring. He’s the guy who is always going to give ot to me straight – If something sucked or if something was good! He’s always been the guy who is going to tell me. But, to be in the ring with him and to learn first hand, it was a unique opportunity. If you go back and tell my 15 year old self that I would be wrestling Tommy Dreamer and that in the end, he would gift me Kenny the Kendo Stick, I don’t think I would believe you! Anytime I get to work with a guy like Tommy, it is a learning experience. I always am learning. I go to him and I ask him, I will bug him, I will text him. He’s a guy I always go to and I will continue to do so.”

On continuing to be more harder edged and crazy:
“The whole thing from the bat incident with Sami to now has been a chance for me to evolve. It has beena chance for me to try something different creatively and a chance for me to try something outside of my comfort zone. It just keeps pushing me to be a different character and wrestle a different style than I had done before. It is kind of like evolve or get left behind. We spoke of Tommy (Dreamer). Tommy is a guy who ahs always evolved. He changes with the world of professional wrestling. You have to do that or you get left behind.”

On his feud with Ace Austin:
“The beauty of Impact, and it always has been, is you get to see young guys come in who isn’t known to the greater audiences of professional wrestling. So, to be able to feud with Ace Austin and to have the the vignettes, the promos, the TV, and the matches and really show who Ace Austin is. He is unbelievably athletic. He does run his mouth, there is no doubt about that! But, he is going to be the future of Impact Wrestling.”

On the final segment with Ace Austin in the hotel room and hall:
“(laughs) The best part for us was the pizza delivery guy at the end of the hall! He was just there, innocent, trying to deliver pizza and then he sees a half naked guy getting beat on with a kendo stick and then a sexy couple making out on the floor! Just an average Thursday night or whenever it was. (laughs)”

On seeing his wife playing two different personas on AXSTV and if that could be confusing:
“I don’t think so. I think, for Alisha, it shows her range as a performer. I know there are other performers from Impact also on Women of Wrestling. The more chances you get to be on TV, the better and the more it helps Impact Wrestling in the end so I’m all for that.”

On Tessa challenging for the Impact World Title at Hard to Kill:
“As you said in your intro, I am “Mr. AIP!” I truly believe that anything is possible. Tessa is trying to prove that. It is a unique opportunity for her and for Impact Wrestling to say, “Ok, we’re giving you something different!” In the end, it is something to get a lot of eyes on our product to see what we’re doing. And, in the end, you could get Tessa Blanchard walking out of Hard to Kill as the Impact World Champion which I think would blow a lot of people’s minds.”