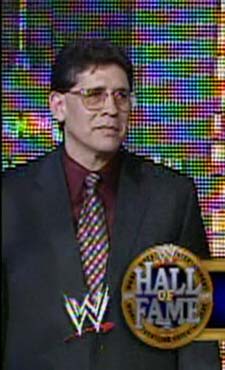 Tito Santana is set to release his own autobiography, called Don’t Call Me Chico, during the holiday season. The book was co-written by Kenny Casanova. It will feature writing and quotes from Sgt. Slaughter, Jesse Ventura, Paul Orndorff, Greg Valentine, Konnan, Ax of Demolition and more. You can find the book here.

Here’s a synopsis: This project’s aim is to release an in-depth comprehensive 400 page autobiography for a man who helped pave the way for future Latinos into the spotlight of mainstream American professional wrestling. A number of years ago, Tito’s smaller 100- page book, “Tales from the Ring” was released, finding its way to places like high school libraries. However, this book is a legitimate deep dive behind-the-scenes look at Tito Santana’s time in the business – exactly in tune with what today’s smart-to-the-game wrestling fan is looking for.

Topics in the book include:

• Growing up in a poor migrant family

• Breaking into wrestling with Tully Blanchard

• Working in the territorial days

• Knowing when it was time to leave

• Transitioning into a High School Teacher