Thunder Rosa: “I wanna be a better fighter” 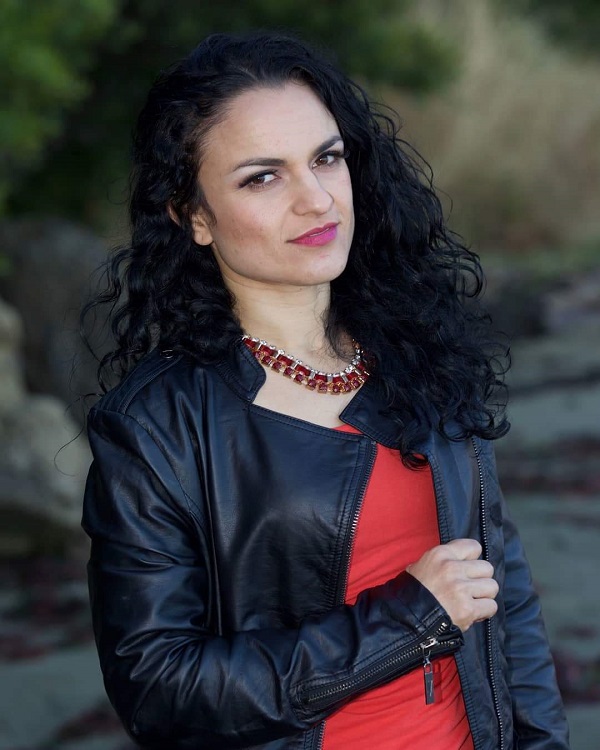 Melissa “Thunder Rosa” Cervantes sat down w/ the THIS IS THE NWA podcast to discuss her MMA debut, the struggles for women in wrestling, why she chose the NWA, what lessons can be learned from different countries in wrestling and also some SHOCKING choice words for
NWA Women’s Champion Allysin Kay

On
Allysin Kay Taunting Her With A Photo Of Her Bloody After Her MMA Loss:

Yeah
I mean, Allysin Kay put it on Twitter, she put me bleeding from my face. I mean, at least I can say I bleed from other places, besides ya know… down there. Man, that’s a beautiful picture. That’s the beauty of MMA. My opponent got me. Yes, she got me, she
busted me open. But you know what? Some people would’ve seen that completely freaked out and stopped the match. But this is a part of wrestling. A lot of people… ya know I don’t wanna break kayfabe, but they do it for a living. They f***ing blade their foreheads.
I was having a beautiful f****ing fight and then I got bladed with an elbow.

I
wish I would’ve thrown more f***ing punches! But I mean, I didn’t start feeling comfortable until the third round, but then it’s a little too late. But I am very proud that I got in the cage, that I didn’t back down, no matter what was thrown at me, no matter
what was said, no matter that we had a ton of people watching. That didn’t scare me at all. I’m just ready for the second one, because I wanna do better. I wanna be a better fighter. .

On
How Race, Gender and Age Impacts Wrestling Careers:

…
I didn’t start doing MMA until now and I’m 33
years old. [Other People] have been doing sports like this for decades. I am at a disadvantage I feel like a lot of the time. With not getting signed by companies because of my age… We as women, our life in the business is a lot smaller than the men. At a
certain age we start looking a little older and they don’t want that. You’re just being marketable.

…I’m
not gonna say names but in other countries, that was very obvious, yes. They told me I was not going to amount to anything in my life and as a wrestler. I was too old. And I was Mexican. So there you go. Imagine having that chip on your shoulder. So because
I’m Mexican, because I’m 27 and I don’t look like I’m f***ing 14. Okay, fine. Then I’ll f***ing show you the f***ing opposite. That’s why my drive has been to shut down those from that school, which is you have to be youthful, you have to be white, you have
to have big boobs to be successful. F*** that. I’m gonna make a difference. I’m gonna make it for me, for my journey and for the future of other girls in the same position that I am.

The
Difference In Her Now From Lucha Underground

I
don’t wear a mask, that’s one. Second of all this is ME. You can NOT teach charisma, man. You either have it or you don’t. Three? I’m comfortable with myself. When I started Lucha Underground I was one year into my career, I didn’t know Lucha, I was playing
a character I wasn’t comfortable with and I had to do the best that I could and it was the shits the first year.

David
Lagana and Billy Corgan really allow me to be myself. They really allow the Thunder Rosa to come out the way she hasn’t in many, many years. Raw, Uncut and just me. I’ve been hitting my head against the wall for years TRYING to tell promoters “Give me a chance.
I can make this work.” I can work. I’m a worker. I’m a wrestler. I’m a performer. I put butts in seats. … and it’s because I worked my ass off for the last six years, not only in the ring, but outside of the ring, to acknowledge every single fan that pays
for a ticket, because I know that those tickets are not cheap. They spend their time and money in me in my future and in my career. And the NWA, for the first time, from all of these other people from big companies are giving a chance as ME. As Thunder Rosa.
As a character I’ve been working on since I started wrestling. That’s why you see it now. Because I’m passionate about it, Because I believe in the product.

NWA
created legends. People still talk about it for decades. Some of my friends, mma and jiu jitsu people, they know about the NWA and they’re younger than I am. For me, this is a dream come true.

What
She Learned Wrestling In Mexico:

I
trained with some of the women there and all of them were mothers and taught me that no matter how f***ed up you think things are in your area, someone is more messed up than you are. They would take three buses, trains, get gouped up on a metro. It was horrible,
sometimes they had to bring their kids with them just to have a match where MAYBE they were gonna get paid $5, a torta and a soda. And then they do it all over again because they LOVE lucha libre. They love wrestling.

About
THIS IS THE NWA

THIS
IS THE NWA is a podcast dedicated to discussing the legacy, history and tradition of one of the greatest prowrestling entities of all time, The National Wrestling Alliance. Join hosts Gary Horne (@thisisgaryhorne) & Adam Rotella (@thisisrotella) as they explore
the new and the old with interviews from many of the NWA’s famous figure and recaps of every new episode of NWA Powerrr.