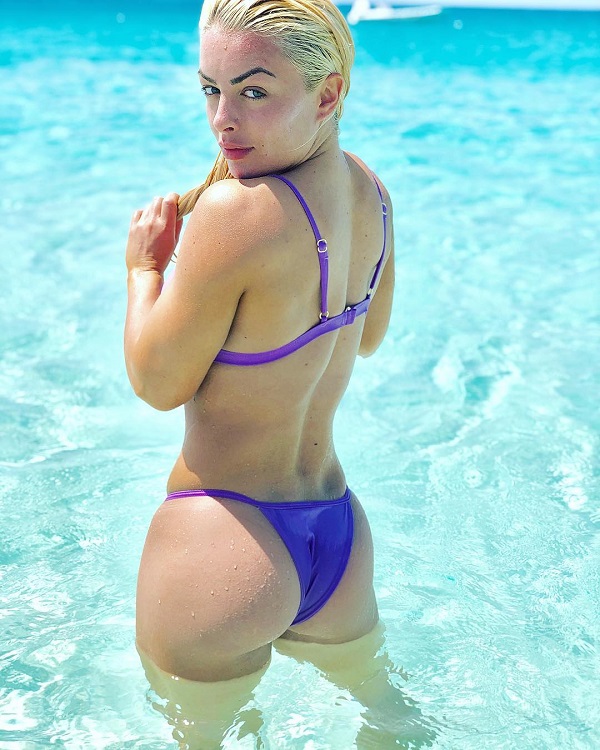 In an interview with Fightful, Mandy Rose spoke about the WWE Women’s Tag Team titles, something that she wasn’t sure would actually happen in WWE. Here are highlights:

On trying out for Tough Enough: “The craziest, training I have ever been involved in and I’ve been training for a while now, in body building and fitness stuff. It was just something I’ve never ever experienced before, but it was great ‘cause it taught me a lot. It pushed me to my absolute limit and I’m actually grateful for it because it’s like, if I got through that, I can get through anything.”

On if her and Sonya Deville pushed for their team to remain together: “No, we didn’t go to anyone. I think everyone knew we wanted to stay together. I think it just happened that way. And it was just in the plans of “we’re still a tag team, with or without Paige.” She was a big part of it, but we can work on our own now. And build our characters as individual characters but also as a tag team.”

On the WWE Women’s tag team titles: “It was one of those things that we just didn’t know if it was really going to happen. It was a rumor, you hear things, and then I was like “I think it’s really gonna happen.” I mean, look at the women trailblazing and pushing down those barriers and raising the bars. I feel like, why wouldn’t it happen? So, we were really excited when that was announced.”