Fabulous Moolah Beat Up “Out of Shape” Sherri Martel in 1987 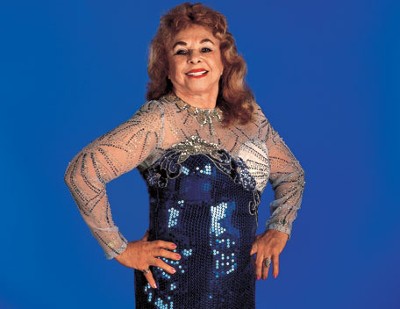 On the latest Something to Wrestle With Bruce Prichard, Prichard discussed an incident where a match was set up between Fabulous Moolah and Sensational Sherri Martel in WWF in 1987. However, Martel apparently came into the match up of shape, and Moolah “beat the living s*** out of her.” Highlights from the discussion, and the full podcast video, are below:

Prichard on what took place between Moolah and Sherri: We were bringing Sherri in, and Vince was looking to give Moolah a rest. He wanted to have a female attraction. And Sherri had been highly talented, and we were bringing Sherri in. And I’d known Sherri, and we vouched for her, but Moolah was not completely on board. And Sherri wasn’t really one of her girls, and Sherri had worked opposition at different times in her career. And Moolah was like, you know, ‘Vince, whatever you want to do, but she’s going to have to get through me.’ And Sherri came in, and I think it was the first time Sherri had worked in a little while, you know, a month or two. I don’t know when the last time she had worked was, but Sherri came in out of shape. And Moolah beat the living s*** out of her in that match. it’s got to exist somewhere on tape, but Sherri was blown sky high. And Moolah really was like, ‘You want this championship, you better earn it, and you better be able to hang.’”

Prichard on what happened after the match and what Moolah told Sherri: “And after the match, Sherri was puking her guts out and thankful she was alive, and couldn’t be more grateful to Moolah. If you knew Sherri, you’d understand. She would thank you 10,000 times. … And that’s the way she was with Lil [Moolah] that night. She was so grateful for the opportunity, but Lil told her afterwards. She said, ‘Honey. You’re gonna go over there and you’re gonna work for Vince McMahon, you better get your fat *** in shape because you’re gonna have to go. And I know you can go. But you come in here out of shape, and by god, I’ll come in here and whoop your *** and take this thing from you the first time that he tells me that you ain’t doing what you’re supposed to be doing. So, that was a tough road for Sherri Martel that night. She earned it.”