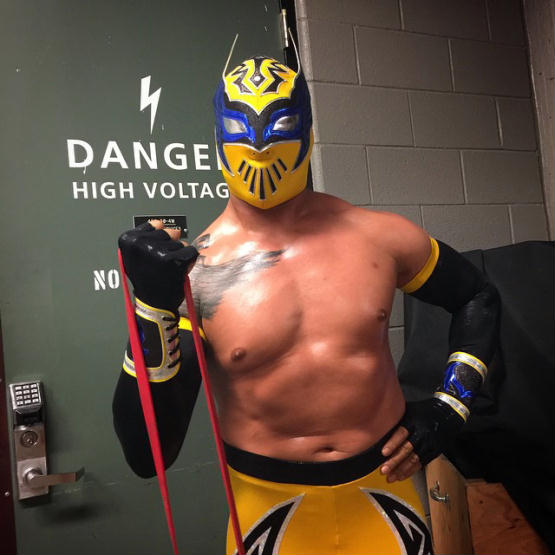 PWInsider reports the WWE superstar still has three years left on his contract. They also report Sin Cara has interest in joining MMA promotion Combates America as he is close with Alberto Del Rio. He is still on the WWE UK tour.

As of now, Sin Cara has not been granted his release from the promotion.

It sounds like Sin Cara will not be leaving WWE any time soon. As previously noted, the WWE star announced that he had asked for his release on Monday. However, PWInsider reports that as of this point, WWE does not plan to grant the release according to sources in the company.

The site also notes that while he was initially set to go to the Raw taping in Boston when the European tour is done, he will now be heading home and won’t work the taping.