Carlito, Primo and Epico will clash for the first time ever 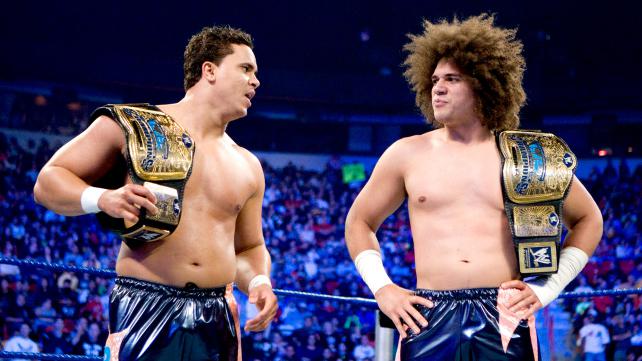 All 3 Colons, Carlito, Primo and Epico, will clash against each other for the first
time in a Triple Threat match for the Universal title on November the 23rd at WWC’s Noche de Campeones (“Night of Champions”) event in Bayamon.

The match was made official today after WWC aired a segment where Carlito went to
Ray Gonzalez and asked to be the third person in the contest, which was originally advertised as champion Epico defending against Primo.

Ever since Epico won the Universal title, Primo and Epico have had trust issues
and Carlito wants to be a part of the match to “take the toys out of them until they mature.”

WWC is staking the Noche of Campeones show adding also the famous basketball player
Peter John Ramos as a special referee in the Ray Gonzalez vs Gilbert career vs career match.

The event will run that night against another big show in the Island, Hugo Savinovich’s
“Fight Forever”, which has Rob Van Dam vs Mil Muertes as the main event, and a special tribute to Bret Hart.