Pac’s Opponent Changed from Chima to Trent Days Before Dynamite 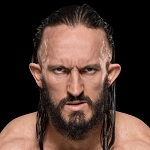 AEW reportedly changed their original plans for PAC’s match and Private Party vs. Dark Order from last night’s episode of Dynamite. According to the WON, the original plan was to have PAC face CIMA on the show, but that Tony Khan made the change a few days before the show to put PAC against Trent. The reasoning was that the Best Friends segments have done good ratings in the 18 – 49 demographic and CIMA has had too many losses on his record, so CIMA was moved to a match for AEW Dark.

The other change was to the Private Party vs. Dark Order match for the final spot in the AEW Tag Team Championship match at Full Gear. The match was originally set to be a three-way match also featuring Jack Evans and Angelico, but it was decided to treat it like a runner up match from the Tag Team Championship tournament. With Private Party and Dark Order having been the losers in the semis, it made sense for the two to fight for the final spot.