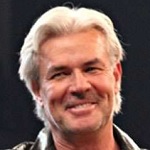 On the latest edition of After 83 Weeks, Eric Bischoff talked about his thoughts on the NWA Powerrr show. Highlights are below.

“I have seen it. David Lagana actually sent me a couple of links the other day, and I did watch it. And was very impressed with it. But it’s a YouTube proposition. It’s not a television proposition. The audience for YouTube is going to be different than the general audience for television. I think what they’re doing is unique enough in the way it’s being presented that it probably can work, for their goals. Now, would that same show work on a major cable outlet? Don’t think so.”