Jojo Offerman Back on The Road This Week, First Time Since January 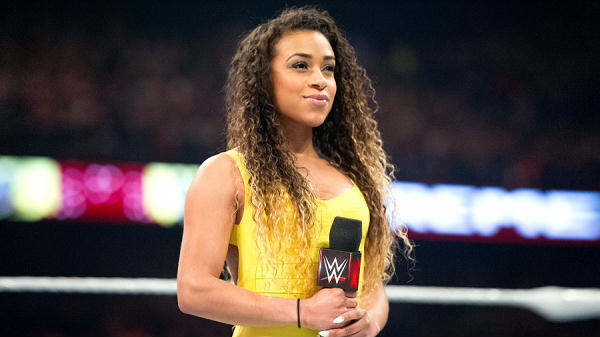 Jojo Offerman is returning to the road for WWE for the first time since January. PWInsider reports that Offerman, who took time off starting in January to have her first child with Bray Wyatt, is scheduled for tomorrow night’s episode of Raw.

Wyatt is scheduled for Raw as well, for what is advertised as a “main event” (likely dark match) against Seth Rollins. Offerman gave birth in May to a boy, Knash Sixx Rotunda.